After nearly a decade, YouTube has decided to discontinue its browser-based Leanback experience. Why would the social giant do this when so many people still use a PC to stream TV? It is not exactly clear!

Variety reports that YouTube will retire the Leanback optimized version of its browser experience on October 2nd. The nine-year-old interface was born of the need to create a more TV-like viewing experience at a time when most people used their PC to watch online video. The original version simply played one video after another. It evolved over time into a full web browser HTML app. 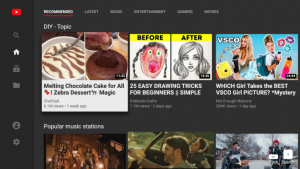 YouTube is retiring the web app version to focus on its many OS-specific app interfaces, according to Variety. A source quoted by Variety said that the social video giant never intended for the interface to be used from uncertified devices which do not fully support it all its functionality. Device manufacturers that could not license a YouTube app can include Leanback as a workaround.

After October 2nd, when people attempt to load Leanback, they will be redirected to the regular YouTube PC browser interface. 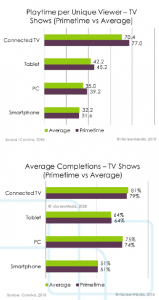 The use by unauthorized devices seems a weak excuse for shutting down Leanback. A much more likely explanation is that managers at YouTube want people to watch more on TV where they can be better monetized. 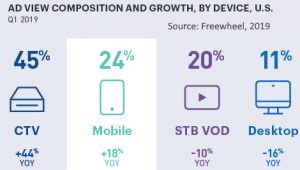 This data certainly seems to suggest that now is an excellent time to push the remaining PC users to transition to a connected TV. However, the move could alienate many YouTube users.

Despite the decline in PC usage and dominance of connected TV, YouTube is premature in terminating the PC lean-back experience. In Europe, many people still use the PC to watch television. In Sweden, 21% of total TV viewing time is on PC, 18% in Germany, and 12% in the UK. What’s more, the PC is even more important for younger viewers. In the UK, 17% of total TV viewing time by 18-24-year-olds is via a PC.

The video streamers currently using their PC to watch TV certainly have other screens at their disposal. Of course, they can still use the YouTube web interface. However, Leanback is meant to emulate the TV experience. Switching viewers back to the web experience will likely result in shorter viewing times and lower completion rates, with the accompanying drop in ad revenue.

Maybe YouTube would be off promoting Leanback to PC TV viewers than shutting it off.

YouTube is discontinuing its browser-based Leanback experience on October 2nd.

The justification for shuttering Leanback is to curb unauthorized use.

However, many people still use their PC to watch TV, and YouTube could be better off promoting Leanback to them rather than shutting it down.