Piracy and the fifth age of video analytics 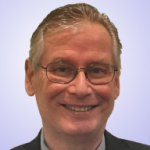 This is a guest post by video and security expert Steven Hawley, Principal Analyst at tvstrategies.

Analytics has been at the core of enabling the video experience from the very beginning. Moreover, as video technology has evolved, so has our ability to measure its performance. One might say that we have seen four ages of video analytics. Now, as we enter the fifth age, analytics is allowing us to deal with the age-old problem of video piracy.

The First Age set the stage for electronic signal measurement. In the early years of television, analytics was a manual process.  Scientists tasked human observers to watch TV and then score the results using a 1-to-5 rating scale called a Mean Opinion Score (MOS).[1] This process would become known as a measure of the quality of experience (QoE).  The QoE measurement process was encoded algorithmically using mathematical formulas and implemented in measurement devices called probes.

The Second Age of analytics was to apply it to television transmission and delivery by deploying probes at the signal origin, in transmission facilities, and at reception and viewing environments.  In managed delivery, probes could also be applied at points within the operator’s distribution network so engineers could identify where in the delivery chain the signal quality could be improved.

The Third Age applies to digital television, adding a measurement called Quality of Service to evaluate the bit-level integrity of digital streams in a one-way service.  QoS parameters (“guarantees”) can be established via service level agreements (SLAs), using internationally-accepted technical guidelines.[2]  With Internet Protocol Television, a two-way service, the analytics process becomes much more granular; measuring not only QoS, but also session establishment and channel change, and QoE parameters including picture quality and continuity, audio and A/V sync, captions and packet header data.  Probes raise alarms if the service falls outside of the operator’s established limits.

The Fourth Age of analytics relates to streaming, which is more concerned with interactivity, consumer behavior, and monetization within the context of unmanaged delivery.  Delivery and quality-related concerns include session integrity, latency, dropped streams and stream buffering.

As a two-way service, the focus is on transactional analytics: measuring whether the user played the video through, or that the user played the ad through, binged the series or abandoned the program mid-stream.  This transactional information enables video providers not only to improve their ability to target specific content to specific users at specific times but also to identify patterns of user behavior.

Now we have arrived at the Fifth Age of analytics, which complements the quest to increase revenue for each legitimate stream by seeking to stem revenue lost to pirates hoping to profit from illegal redistribution.

While movie studios have a long history of battling illegally replicated movie screeners[3] and Pay TV conditional access clients in set-top boxes have been hacked and broken for years, streaming piracy is relatively new.  Unmanaged streaming delivery opens a variety of additional “attack surfaces” for pirates to exploit, including in-home networks, transcoding video gateways, and other consumer electronics devices, through software apps and in players.

Live sporting events are widely pirated: the UK’s Premier League blocked nearly 200,000 illegal streams in 2017 and convinced UK authorities to require ISPs to block pirate services.[4]  So is UHD programming, prompting the Movielabs studio consortium to publish enhanced content protection guidelines[5]  that require streaming distributors to embed watermarks on a per-session basis, so that monitoring platforms with integrated analytics can discover and trace them to the “outermost” legitimate end user and device.

Another way to detect potential piracy is to monitor for unexpected account and device usage from password sharing by legitimate users to others [6] and to detect en-masse password theft[7] that results from pirate attacks.  Analytics platforms watch for anomalies in usage patterns and notify the distributor or the owner.

Premium content providers are painfully aware of the amount of streaming and the risk to their revenue.

Understanding how streams are pirated, detected, and countermanded is essential.

For live streaming, the trick is to detect the pirated stream quickly so it can be shut down thereby preserving the value of the event for the licensor.

nScreenNoise – piracy up, down, and always tough to measure

Hollywood in la la land about geo-piracy and VPN protection

Indian wireless operators lead with video, US operators to follow?