Founded just six years ago, Tubular aims to be the Nielsen of online video. It already tracks over the 30 social platforms and has established ER30 as a cross-platform benchmark.

In the early days of broadcast television, Nielsen solved a critical problem. Free-to-air broadcasts were paid for by the advertisements run in and around television shows. However, there was no way to value an ad placed in one show versus another. Simply put, broadcasters and advertisers did not know how many people were watching.

Nielsen solved this problem. It recruited audiences to fill out paper viewing diaries. The company processed this data to assign a viewer rating for each show.  Now broadcasters and advertisers had an independent system to help value ads placed in one show versus another.

Now there is a new medium through which people are consuming content: the internet. Six years ago, everyone knew that online video was growing exponentially in popularity, but no one knew by how much. Tubular was formed at that time by Rob Gabel and Allison Stern to answer those key questions.

Mr. Gabel came to Tubular from Machinima where he had worked for many years.  Ms. Stern worked at YouTube as a business analyst. By the time they linked up, online video was exploding. With so much content exchanged and viewed daily,  the challenge was not producing the content but measuring it. According to Ms. Stern: 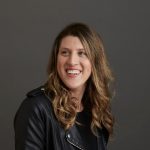 “There was a lot of money from brands, platforms and media companies rushing into online video, yet no real data intelligence to help make the right decisions and spend money correctly. That need birthed Tubular. I knew I wanted to do something with data and online video, and through that, I got connected to Rob Gabel, my co-founder.”

When Mr. Gabel and Ms. Stern formed Tubular, YouTube was the only real social online video platform. However, they knew there would be more joining the movement. Today three players lead the movement: YouTube, Facebook, and Instagram.

Tubular provides the data and analytics to allow influencers, brands, and media companies to assess and improve the performance of their videos in the social world. For example, it allows anyone to compare the performance of a popular Jimmy Kimmel video against a breakout hit like ‘Charlie bit my finger.’ How does Tubular get the data?

Nielsen uses electronic meters to monitor the viewing behaviors of over 30,000 television sets. In the online world, getting good data can be a little more challenging. 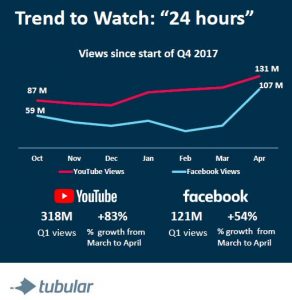 Tubular, being a third party aggregator of YouTube data, monitors over 5 billion videos on the online video giant’s platform. The company also checks for video engagement by monitoring likes, shares, and comments. This data is aggregated not only for YouTube but also for Facebook, Instagram, and 30 other different social media platforms. After the data is acquired, it is analyzed and distilled into useful information for customers.

The company provides a cross-platform benchmark, called the ER30 score (“engagement rate”). The ER30 score shows how a video has performed in its first 30 days. This allows publishers to compare engagement with their videos to others. Seeing how a video is performing across all platforms helps inform a company on how best to market it.

Previously Tubular worked mostly with “influencers” and the multi-channel networks (MCNs) that distributed their videos. Today, they work with ad and PR agencies, creative studios, and media and entertainment conglomerates. The company also works with many brands seeking to spend their product advertising and sponsorship dollars wisely.

For years, Nielsen has set the standard for measuring how consumers watch television. However, with the rapid rise of online viewing, a new standard will likely emerge.

Currently, Nielsen is working to create measurement solutions that cover online viewing activity. The transition online has been fraught with problems. For example, Nielsen now provides Netflix show ratings, but the data is only based on connected TV viewing, omitting mobile devices completely. The company provides social content ratings to track activity related to TV programs and has just begun to monitor ads in the YouTube app.

Tubular on the other hand, has been working to create a standard for digital ratings since its inception. As Canaan Partners’ Warren Lee, a Tubular board member, put it:

“In the same way that Nielsen covered TV, or ComScore covered the Web 1.0, we think there’s room for Tubular to be the big player that emerges to cover online video.”

Currently Tubular provides the most comprehensive data analytics for social video. You can find the company’s latest state of online video report here.

Teens trust influencers over TV for news, despite accuracy problem