The 2nd Screen Summit at CES 2014 revealed the very different world views of traditional and new media. CBS Interactive opened the conference with TV interactivity and traditional monetization, while Machinima closed it with augmented gaming and micro-transactions.

Rob Gelick, SVP & GM Digital platforms at CBS Interactive, started the afternoon in conversation with Lindsey Turrentine of CNET. Mr. Gelick said that CBS has delivered 9 shows that include 2nd Screen companion content. He started out with a description of how Big Brother was providing classic interactivity with the use of polls delivered through tablets and smartphones.

However, the company is breaking new ground in two ways with the Big Brother Live app. Five cameras were mounted in various rooms of the house. For a monthly fee, a viewer could watch these five feeds, live, any time of the day or night. They could also discuss what they were seeing with other viewers through a private chat room. Apparently, this was a big hit with viewers. According to Mr. Gelick, there were 31 million comments posted during the show and 10 million hours of video live streamed.

Mr. Gelick also talked about how the company allowed viewers to actually influence the ending of an episode of Hawaii Five-0. The show producers shot three different endings to an episode (including changing the identity of the murderer) and asked viewers to vote for their favorite. The result of this was that the East and West coasts of the U.S. ended up seeing different endings for the same show. As Mr. Gelick said, “You’re going to a creative audience and asking them to be creative.”

Dawn Chmielewski, Entertainment/Technology Writer for the LA Times, closed out the day with an interview of Allen DeBevoise, CEO of Machinima. The company has just launched a new experience for Xbox One which includes an innovative new feature called Wingman. Mr. DeBevoise pointed out that gamers often get stuck in a game and turn to videos from Machinima to help them through difficult parts of the action. The company created Wingman to allow a gamer to watch these helper videos while they are playing the game. As Mr. DeBevoise put it: “It’s like playing the game with your buddy, who is better than you at the game, helping you through.” He said he thought this approach might work well for serialized dramas, particularly complex ones like Game of Thrones. 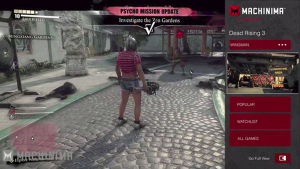 Machinima is also exploring a quite different approach to CBS Interactive in monetizing content. Much of Machinima’s audience is in the 16-24 year-old age group. These individuals often do not have a credit card, so setting up a subscription model is difficult. The company is looking into micro-transactions for its short form content. This would leverage the existing billing relationship with the mobile carrier, which is already set up to handle transactions of a few pennies at a time.

Why it matters
The 2nd screen is receiving increasing attention from both mainstream and new media companies as mobile penetration deepens.

Mainstream media is looking to the 2nd screen to help deepen the viewer’s relationship to traditional television, and monetize through traditional models.

New media is taking 2nd screen content and moving it to the television, while employing innovative monetization models.