The future of the connected TV

Many consumers have three or more devices connected to a smart TV to allow them to watch all their video services. There isn’t much hope the situation will get simpler any time soon according to execs from Amazon, Google, Comcast, LG, and Arris.

At the Pay TV in Denver last week, I had the privilege of moderating a discussion entitled “The Battle for Living Room: Sticks, Boxes, and Smart TV Platforms.” Among the many questions we discussed, I asked panelists from Amazon, Google, LG, Comcast, and Arris to answer two closely related questions:

Here’s what each panelist had to say.

Ms. Prenner sees convergence ahead for the connected TV device market. Five years from now, she sees the field thinning: 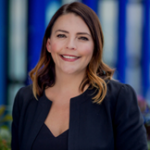 “I think there will be less. It is very expensive, and consumers are demanding more and want more from their TV platforms. I think you’re going to find that whether they adopt a smart TV, Roku, or Fire TV you’re going to have less bifurcation among all the OSs and they’ll start condensing into the ones that are truly the most valued by consumers.”

Looking farther out than five years, she sees an opportunity for the smart TV to win the battle, but it must get a lot smarter to do it:

Android TV is finding increasing success among device vendors and pay TV operators. Mr. Stewart sees the market for his TV OS among device makers reaching some stability over the next several years: 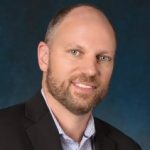 “It will be the same. You’ll see people come in, but also some will exit. At the end of the day, it is very difficult to build platforms at the scale we are all trying to accomplish.”

Like Ms. Prenner, Mr. Stewart sees an opportunity for the smart TV to emerge as the victor, but it will only come when IP delivery is ubiquitous:

“Today the answer is no; you need another device. I think as we move into the future and things move more toward IP, then potentially yes.” 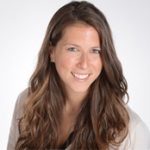 “The same. There are plenty in the marketplace today that people are using, but I can’t imagine there being ten more, and all of them being successful and surviving.”

However, for the long term, she believes customers will continue to demand choice, and that operators like Comcast will support them:

As the only smart TV manufacturer representative on the panel, we might expect Mr. Durgin to predict the smart TV will ultimately be the single device we need: 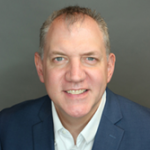 “Yes, all you need is a smart TV but since when have Americans only gotten what they need. We all have a lot of opportunity to experience different devices.”

However, in the near term, he sees more devices coming into the market to support the continued evolution of TV technology:

“I think there is going to be more. Technology has been on such a great pace of innovation. We’ve made a lot of advancements with things like HTML5, streaming technology,  HDR – Dolby Atmos, and sound. The next five years are going to be more about new market entrants.”

Arris is a major supplier of equipment, including set-top boxes, to the pay TV industry. Over the next five years, Mr. Cheevers thinks the number of TV platforms will remain the same: 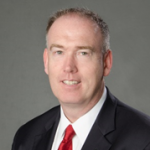 “I think it’s going to be the same number of devices in the following combination:

He is not optimistic that in the long run, all we will need is the smart TV. The replacement cycle of a TV in the home is, on average, 7-8 years. A lot can change with the technology and the TV apps in that time. To keep those aging screens useful, Mr. Cheevers’ says they’ll need to get an upgrade:

“No. The most valuable part of the smart TV is the screen and screens never die. They just transfer from one room to another. You always need to plug in upgrades.”