Speaking at the TV of Tomorrow Show in San Francisco on Wednesday, Jennifer Dorian, GM of TCM and Filmstruck, talked about the multichannel distribution model embraced by the cable broadcaster. This model is driven by the core fanbase for classic movies and has positioned it well for success, whatever the market does.

TCM provides pay TV subscribers with direct access to the live channel, and movies on-demand, through the authenticated Watch TCM app. The app allows viewers to browse the movies by title, director, actor, and genre. It also allows users to view by Turner-curated themes, like TCM Underground and TCM Birthday Tribute.

Multiscreen availability is becoming increasingly important to pay TV subscribers. TiVo says that 52% of subscribers are aware they can access their pay TV content online, and 34% say they are using the apps. Those using the apps are spending longer using them. Among users of TV Everywhere apps, the number saying they use it daily has increased from 6% in Q1 2014, to 19% in Q1 2017.

TCM is also available through the emerging virtual MVPD platforms. For example, Sling TV includes TCM in its $5-a-month Hollywood Extra Pack, and PlayStation Vue includes it in its $44.99 a month Core Pack. 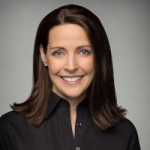 These themes not only give subscribers access to the movies, they also provide interviews, rare footage, and other bonus material for users to explore. The idea is to make discovery part of the Filmstruck experience.

Ms. Dorian said TCM picked up rights to the Criterion movie collection when Criterion decided to end its relationship with Hulu. Access to these mostly foreign classic movies costs an additional $4-a-month above basic membership (which is $6.99-a-month.) Though she did not provide specific subscriber numbers, Ms. Dorian says 90% of customers also include access to the Criterion Movies.

It’s all about the fanbase

TCM recognizes the importance of fostering a sense of community among its fan base. Ms. Dorian quoted one viewer, who told her: “Fans are not consumers, fans are participants.” Clearly, the company has taken this to heart.

The company has created an annual movie event in LA called TCM Classic Movies Festival. This is a place for core fans to immerse themselves in the movies they love, and to discuss with fellow fans. TCM Backlot allows viewers to go behind the scenes of TCM, and affect the movies that play on the TCM channel. TCM is collaborating with Ball State University to provide free online courses coupled with themed movie seasons being shown on the channel. The company is even branching out into cruises and wine clubs in an all-out effort to engage fans. 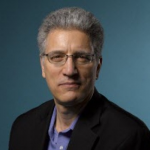 Such a well-developed multichannel distribution model does not come without challenges. According to Howard Shimmel, Chief Research Officer at Turner Broadcasting, creating a unified consumption picture across services is difficult. For one thing, that data provided by pay TV operators does not compare well to the data he gets online. He urged operators to align set-top box household level data with the resolution and detail he can receive online. He also said some online platforms, including Netflix, provide no data at all. This led him to comment:

“I can’t count total viewing today. Pulling that all together is very important to me.”

Notwithstanding the challenges, TCM now has the products in market to prosper whatever the market does. And as long as it stays close to its fanbase, that will remain true for years to come.

Turner Classic Movies has invested heavily to ensure it is everywhere its customers expect it to be.

It has done this with a sharp focus on the classic movie fanbase, developing products and services specifically aimed at engaging them.

It is now positioned to prosper whether cord-cutting picks up or not.