Nielsen says that in homes that can stream to the TV, four-fifths of TV screen time is still spent watching linear TV. Don’t conclude from this that linear TV is still the best way to reach most people. There are large groups of U.S. adults for whom streaming TV beats linear.

It was widely reported last week that about one-fifth of TV viewing time in “OTT-capable homes” comes from streaming services.[1] While this data shows the remarkable progress streaming has made over the last ten years, it gives the impression that in most homes, traditional television still dominates viewing. Looking at Nielsen’s data in more detail, and pulling from other data sources, it is clear there are large groups of U.S. adults for whom streaming is the primary source of television screen entertainment.

For this discussion, let’s assume the total average time watching video on television is about the same for everyone, regardless of the source of the entertainment. The average adult watches 4 hours and 51 minutes per day on TV. 18-34-year-olds watch 2 hours 54 minutes, 35-49s watch 4 hours 12 minutes, 50-64s 5 hours 49 minutes, and over-65s 7 hours 5 minutes.

In its quarterly numbers, Roku provides the total number of streaming hours delivered to its sticks, boxes, and smart TVs. Dividing the streaming hours by the total number of active accounts gives an estimate of how long each active Roku user spent streaming through their device. In Q4, the average Roku active user streamed for 3 hours and 27 minutes a day. Using Nielsen’s average adult number suggests that over 70% of TV viewing time in Roku homes is streamed.

However, a Roku active user may equate to more than one person. For example, if we assume one Roku per home, there are about 2.5 people per household in the U.S. In other words, the average person would be streaming 1 hour and 23 minutes per day, or about 30% of TV screen time. The truth is likely somewhere in the middle.

There is one group of Roku users about which we can be more confident. In the Q4 earnings call, Scott Rosenberg, Roku’s SVP and GM of Platform Business said: 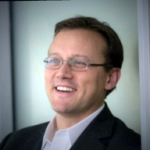 “About half our user base doesn’t have a pay TV package in their home. So, by definition, they’re not reachable through linear television.”

In other words, 18 million active Roku users could be getting 100% of their TV screen time from streaming sources. Those pay TV-less homes could equate to as many as 45 million people. I say “could” because some of those homes could also be using an over-the-air antenna to watch some linear TV.

Nielsen says that 9.8% of TV homes, or 12 million households, rely entirely on their broadband connection for their video entertainment needs. In other words, 30 million people get 100% of the TV screen time from streamed sources.

Despite the huge amount of TV viewing hours still devoted to watching traditional linear TV sources, there are substantial groups for whom streaming is more important.

Thirty-six million 18-34-year-olds watch as much streamed video on TV and traditional TV.

Most, if not all, TV screen time is streamed for the 18 million Roku active users (~45 million people) without a pay TV package.

100% of TV screen time is streamed for the 30 million that rely entirely on broadband for their TV entertainment.

[1] Nielsen says a home is OTT-capable if it has OTT-capable devices in the home. Such devices include smart TVs, streaming media players, connected DVD players, and game consoles.