Six things FAST services can do that regular TV can’t

Online Free ad-supported TV (FAST) services are shaking up how linear channels are created, distributed, and consumed. Here are six things FAST can do that regular TV can’t.

At the TV of Tomorrow show in San Francisco last week, I moderated a discussion entitled Understanding the FAST Ecosystem. Free ad-supported TV is growing by leaps and bounds online. I was lucky enough to have six industry insiders join me who work for companies at the forefront of the FAST revolution. I asked each of them to describe one thing that FAST delivery can do that regular television cannot. Here’s what each had to say. 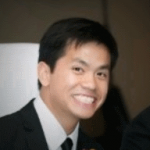 “Closed loop attribution. You can get a data source that comes from the television based on user experience, what they are watching. You can serve an ad, like maybe a tune campaign, like for the Ellen Show. We know how much this particular television watches Ellen. We can serve commercial to that same television. At the end of your campaign, you can figure out how much tune you created for that household using the same data sets. Closed loop!”

Zone·tv is a streaming service delivering a personalized entertainment experience with expertly curated channels and content, powered by A.I. Traditional TV tends to rely on the tried and tested formats and approaches with new TV shows. Web services tend to experiment, see what works, and amplify it. Jeff Weber, CEO of ZoneTV, thinks the ability to fail is a crucial advantage of online streaming: 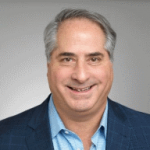 “Trying new things. You can be wrong, and you can recover. There’s an opportunity to play a little bit. Obviously, you want to be as smart as you can. But you are unbounded and now is a great time to test what really makes sense.” 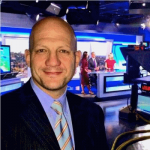 “Easy access. Anything that requires a username and password that resets every month, that’s not an easy way to access. When you get home and sit on the couch, you want to have very easy access to watch something based on what your interests are. In our case, it’s local news. That’s what you see tuned in our platform. It’s clear, you show up, and the local news runs. There’s no barrier to entry to that.”

Publishing is open to all

Zype is a complete video platform solution allowing content owners quickly to launch and grow a video service. Zype customers The Film Detective and Night Flight could not have started their services in a pre-FAST world. Zype’s CEO, Ed Laczynski, focused on the openness of the web as a key differentiator from traditional TV: 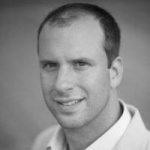 “Democratize publishing. If you think about traditional TV and the tech stack for that model being an order of magnitude more complex and costly. FAST is the easiest way to get into the OTT ecosystem. Much easier than building your own apps and managing social media multicasting.”

It’s all about choice

WURL is a video platform built to make it easy for video producers to connect with the top distribution platforms. Related to Mr. Laczynski, Sean Doherty, CEO of WURL, talked about how the lack of technical constraints online is leading to an entertainment world with far more choice:

TV4 Entertainment operates over thirty streaming channels across entertainment, sports, and lifestyle that reach hundreds of millions of people globally. Jon Cody, CEO of the company, says that the two-way nature of FAST allows viewers to receive a reward for doing what they want to do anyway:

“Interactivity. You have the ability to reward the viewer for actions. You obviously can’t do that in a one-directional broadcast system.”