YouTube has struggled to balance brand safety against creator transparency. Rumble is looking to capitalize on YouTube’s problems with a platform it hopes that creators and advertisers can trust.

YouTube has had a troublesome year with its creators

It’s no secret that 2017 was a tough year for YouTube. It experienced much backlash from the two adpocalypse events, the debacle with children’s content, and  thousands of copycat channels plagiarizing creators’ work. Even Susan Wojcicki, YouTube CEO, admitted the AVOD company had fallen short for creators. and detailed her plan for how YouTube will do better.

To get a flavor for how creators are feeling about YouTube you only need to look at the channel recently started by Susan Wojcicki. So far, her video has been disliked 64 thousand times with only 4 thousand likes. Some of the top comments are shown below.

The fundamental problem YouTube faces is that no matter how many reviewers it hires it simply can’t keep up with the massive volume of video being uploaded. It is trying to put band-aids on a broken process.

Rumble thinks it has a better process for balancing the needs of brand safety and creator transparency.

Rumble is a video rights management platform that is built upon an approval process for the videos submitted. Creators upload their video and it is ranked (or RumbleRanked, as the company calls it.) Depending on the ranking, Rumble then distributes the video to appropriate partner sites and services. 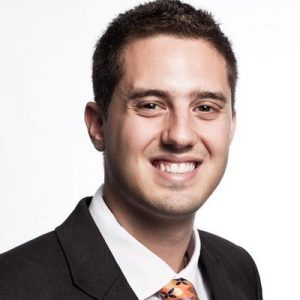 Because the process starts with approval, Rumble eliminates the possibility of demonetization. If a video is accepted it can and will be monetized. This ensures that the quality of video remains high.

Rumble solves many of YouTube’s problems

According to Rumble CEO, Chris Pavlovski, the company’s platform is a top 100 destination for creators and it is already generating billions of views. And all this growth, the CEO says, has been as a result of the failings of YouTube.

Using Rumble’s platform,  creators may find their videos appearing on high-quality sites such as MSN, and the New York Times. In the past, sites such as this would have embedded the Youtube video player on their sites. However, with all the YouTube problems they have switched to using their own video players. Rumble can deliver to these custom video players.

Rumble is also completely transparent about how the advertising revenue flows. With a syndicated site such as MSN, the revenue is split between the creator, Rumble, and the publisher.

According to Mr. Pavlovski, this is appealing to everyone in the video value chain as Rumble allows protection, transparency, and the ability to collaborate at a scale YouTube can’t and won’t match.Mr. Pavlovski says the model is appealing to advertisers as it guarantees brand safety. The higher quality of prescreened video means their ads won’t be placed against extreme or inappropriate content. It also very appealing to creators, because Rumble can offer a much more diverse set of syndication sites. Creators, he says,  can see as much as 10x the revenue for a video versus releasing on YouTube. Additionally, creators still have the freedom to post their videos on YouTube, or any other platform, if they want to.

However, not all creators are a match for companies like Rumble. vLoggers like Casey Neistat and Logan Paul are not a good fit. But for video producers that work well on Rumble’s partners, it could be a great alternative to the uncertainties of releasing on YouTube.

YouTube continues to wrestle with problems of brand safety and creator transparency.

It doesn’t look like the company will be able to fix these problems any time soon.

New platforms, such as Rumble, are taking advantage of YouTube’s struggles by building processes that are built on brand safety and transparency in mind.