As pay-TV subscribers cut-the-cord it is easy to believe that many are heading for the online TV lifestyle. However, behind the headlines is the critical role over-the-air TV is playing in the new market for entertainment. Channel Master has a new solution that just might be perfect for the 9+ million homes using OTA together with online services.

You might see this data and assume that many pay-TV subscribers are not cutting-the-cord at all. They are just swapping a traditional pay-TV provider for an online service providing pretty much the same content and functionality. Certainly, there is still strong interest in continuing to watch linear television, even among cord-cutters. However, vMVPDs are not the only way for consumers to continue to watch TV in a traditional linear format.

In Q2 2017, Nielsen says the number of households using over-the-air (OTA) TV increased half a million to reach 15.7 million homes. The number of OTA households has increased by 3.7 million since 2014. That said, these new OTA homes are not reverting to watching standard broadcast television alone.

Almost all the increase in OTA usage comes from homes that also have broadband. Since Q2 2015, the number of non-broadband OTA homes has increased just 400,000. The number of homes with broadband and OTA TV has grown 3.1 million, to reach 9.4 million.

Until now, it has been very difficult for homes to combine OTA channels and online services into a single box. TiVo sells an OTA version of its storied DVR, but it only includes a few of the most popular online media services. Sling TV sells the Android TV-based AirTV box, which combines OTA local channels with the vMVPD’s channel packages. Though a user can use any online video service available in the Play store, they cannot record their local OTA TV channels. 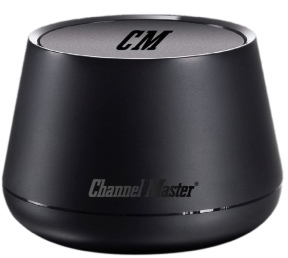 Stream+ can be pre-ordered for $99 and should be delivered in January 2018 when Channel Master will announce final pricing.

The number of people combining local television channels and online video services in their entertainment portfolio has reached almost 10 million households in the US.

Stream+, a new media player from Channel Master, addresses many of the existing limitations and could be a good solution for OTA+broadband TV households.

[1] nScreenMedia does not include vMVPDs in the total number of pay TV households, as many others do.