Streaming the biggest live event of the year is hard enough. Doing it at scale in 4K HDR is doubly so. I speak with Verizon Media’s Chief Product Officer Ariff Sidi about how the company got it done.

Fox was very pleased with how viewers experienced its streaming Super Bowl. 3.4 million people streamed through connected TVs, PCs, and mobile devices. Many also streamed the game in 4K HDR through their Roku, Fire TV, or Apple TV 4K device. Verizon Media was a key part of the delivery team. I interviewed Ariff Sidi, Chief Product Officer at Verizon Media to better understand how the company

Preparation is critical to ensure a successful live streaming event., talks about how the company went about getting its video CDN ready to handle the biggest streaming event of the year. 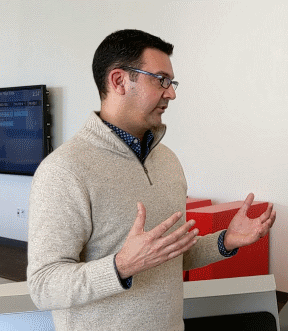 It is impossible to avoid all technology and infrastructure failures when handling an event of the size of the Super Bowl. Having a plan to deal with them so that they do not impact consumer experience is critical.  Mr. Sidi discusses how Verizon Media went about preparing for the worst.

Verizon Media ended up handling all 100% of the live 4K HDR streams by the end of the game. Mr. Sidi discusses how much of load 4K puts on the streaming infrastructure and how Verizon Media handled it.

Chapter 4: Load characteristics of the event (5:27)

Unlike many past games, Super Bowl LIV remained close until very late in the fourth quarter. Mr. Sidi discusses how the game impacted the streaming load and how the halftime show was as popular as the rest of the action.

Latency and stream start times are always an important measure of the overall experience. Mr. Sidi explains how customers can tune the performance of these parameters to meet their event’s needs. He explains that there are trade-offs to be considered when aiming for extremely short latency times.

You can also watch my interview with Mr. Sidi at IBC 2019, where he discusses Verizon Media’s multi-CDN management tool and how it allows customers to avoid ad duplication in server-side ad insertion deployments.

nScreenNoise – Can the NFL stop the pay TV rot?