In this interview with Audionamix, we discuss how to improve audio in classic video. Moreover, the process can boost monetization of library video titles by fixing music licensing issues, improving engagement, and opening new licensing opportunities.

Steve Oliver is Senior Coordinator and Engineer for Professional Services at Audionamix. He joined me to discuss how his company is helping video content license holders improve the audio quality of library titles. Improved audio uncovers new monetization opportunities, even for content mired in music license problems.

Audionamix AI extracts specific elements from an audio file, including voice and music. Armed with this technology, the Audionamix Professional Services team has worked on major motion pictures, GRAMMY-nominated albums, and hit TV shows across the globe.

Once you can separate the voice from the music and backing track, there are many things you can do to improve the quality of the audio mix. Mr. Oliver describes some of the possibilities, including some that open new monetization opportunities for the video.

Music licensing issues are preventing many older shows and movies from being released online. In some cases, the inability to obtain a license to one song can prevent the whole film from being re-released on digital. Mr. Oliver describes how it is possible to fix the problem.

AI is a crucial part of the Audionamix solution. After training the system, the AI can separate the dialog from the background noise, allowing the creation of separate voice and music tracks. Mr. Oliver describes how the process works. 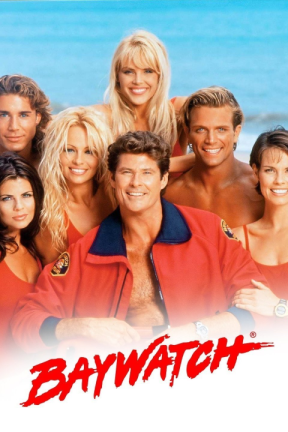 Mr. Oliver describes the work Audionamix did on Baywatch. Because the license holder of Baywatch was upgrading the original show from SD to HD it decided to work with Audionamix to improve audio quality. In the process, it fixed a problem with music licensing which had been inhibiting digital delivery.

There is much research showing that audio quality matters more to viewers than video quality. For example, a 4K HDR movie wouldn’t attract many viewers if there were audio sync problems. We discuss some of the other benefits of high-quality audio.

You can listen to a more extended interview with Mr. Oliver in a Let’s DEW Lunch session with Phil Hopkins, Founder of The Film Detective, recorded this week.

nScreenMedia – The air gap between customer engagement and data