The transformation of Roku’s business, from hardware sales to ad sales, has been noticed by Citron Research, an online stock commentary website. The firm switched its rating for Roku from “short” to a long-term buy position. It also suggested that Netflix could be interested in purchasing Roku as a way of diversifying revenue generation.

It is very unlikely that Netflix would purchase Roku. Here are three reasons why. 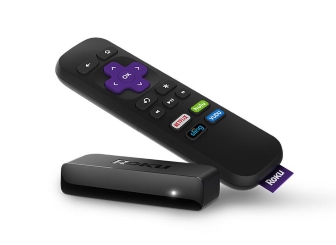 The hallmark of a good acquisition is synergy. The acquiring company looks for ways the target company can help multiple areas of its business. Subscriber growth is the focus of Netflix’ strategy. Moreover, Netflix is already getting just about everything it could want from Roku to help with that goal. Netflix gets pride of place on Roku devices. The app comes preinstalled and is the first thing Roku purchasers see when they turn the device on for the first time. There is even a dedicated Netflix button on the remote control.

There is a very good reason Roku gives Netflix pride of place on its devices: customers demand it. Netflix is the must-have SVOD service in the U.S. 68% of people have an SVOD service, and 4-in-5 of those have Netflix.

Simply put, there’s not much else Roku can do to help recruit more Netflix subscribers.

From the very start, Netflix has focused on a subscription model and steered away from advertising. Reed Hastings, the company’s CEO, has repeatedly stated that the company will never sell third-party advertising. Early this year he said:

“I’m very glad that we built the business not to be ad-supported, but to be subscription. We’re very different from the ad-supported businesses, and we’ve always been very big on protecting all of our members’ viewing. We don’t sell advertising. So, I think we’re substantially inoculated from the other issues that are happening in the industry, and that’s great.”

Mr. Hastings views ad-supported video businesses as vulnerable in a way Netflix is not. What’s more, ad-free viewing is a key service value driving the continued strong growth of his business. He has no reason to move the company toward an ad-supported model. So, why on earth would he buy Roku, a business singularly focused on an advertising model.

Reason #3: Been down that road before

Netflix developed the original Roku streaming box inside the company in 2006. In 2007, when the company was just about to release it, Reed Hastings, Netflix CEO, realized the strategy of asking consumers to buy a dedicated box was a mistake. He thought it was better to partner with CE manufacturers to make sure Netflix was available on as many devices as possible. Netflix spun the set-top box team out, and the new company took the name Roku.

Today, Roku is the most popular streaming media player (SMP). 16% of people in the US say they use either a set-top box or streaming stick powered by Roku. The company says it has over 20 million active users including smart TVs.

A big part of the reason for Roku’s continued success is that it has thousands of content services available through the platform. No other SMP comes close. The reason virtually every online video service supports Roku is that the providers view it as an independent. All the other platforms favor the manufacturers own video services.

If Netflix purchases Roku it will destroy the independence of the streaming platform. It could also ruin the synergistic relationship between content availability and active user growth. Moreover, active user growth is driving the growth in advertising. In other words, Netflix purchase of Roku could send ad revenue growth in reverse, totally defeating any revenue diversification strategy.

Netflix will not buy Roku because: