If you can’t associate a network with a TV show you are not alone. Most young millennials can’t either. Except, that is, if that show comes from Netflix. Two-thirds of young people can associate the Netflix show with its brand. One big factor could be social media.

Most young people can’t connect a show to a brand

Anatomy surveyed 3100 young millennials (aged between 18 and 26-years-old) to better understand that age group’s relationship with TV shows and the brands that deliver them. Survey participants were shown images of art from programs, and then asked to select the network brand associated with the show from a provided list. Fox fared the best, with 40% of young millennials correctly connecting one of its shows to its brand. ABC, CBS, and NBC all received the same score: 31%.

SVOD providers fared very differently in this brand recognition test. Amazon and Hulu scored much lower than the TV broadcasters: 20% and 15% respectively. Netflix, on the other hand, did much better. Nearly two-thirds of survey participants correctly matched its shows to its brand. 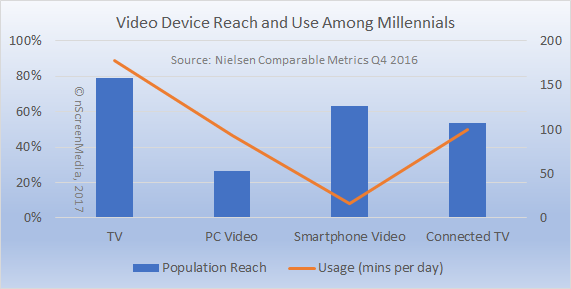 Based on the Nielsen data, you might expect the television to deliver the best brand recognition. And it does for the television networks. Anatomy scored the ability to identify a channel brand with a show for people that predominantly use the TV to watch. For the big four broadcasters, it delivered the best results. 45% for Fox, 35% for CBS and NBC, and 34% for CBS.

However, the TV does not deliver the best brand recognition for online providers. Three-quarters of young millennials using the PC the most to watch correctly associated Netflix’ brand with its shows. Hulu’s strongest brand recognition was also through the PC, at 18%. Amazon, on the other hand favored mobile. 22% correctly connected the show its brand. 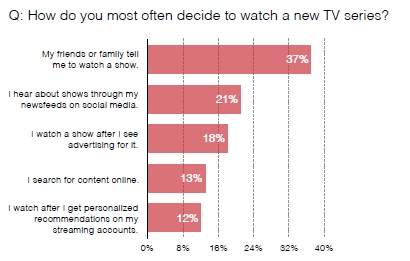 One of the reasons Netflix is doing so well with brand recognition is because of their social presence. Anatomy analyzed a sample set of posts from the brands covered in the survey. The company looked at which posts generated the most comments, shares, and reactions. Based on this measure, Netflix published the three most engaging posts. For example, a 55 second promo for Death Note generated 737,812 engagements.

Anatomy also points out that Netflix’s brand is prominent and consistent in every video, and in the video thumbnails. This was not the case with posts from broadcast networks. The company says network branding was uncommon or inconsistent in the posts they examined.

Being able to associate a brand with a TV show is a critical step in the discovery process.

Broadcasters and SVOD providers are, in general, doing a bad job at getting young consumers to associate their brand with their shows.

The one exception is Netflix, where the majority of young viewers can connect the shows to the brand.