3 reasons Layer3 TV will fail, and why it may succeed anyway!

Layer3 TV is a three-year-old start-up bent on taking on established pay TV operators with a new more advanced service. The company believes it can wield a significant advantage with an all-IP infrastructure and a brand new approach to service delivery based on innovation. Founder and CEO Jeff Binder believes this gives his service an advantage over cable providers:

Here’s the problem those companies all have. They’re big and generally slow. And then there’s their compute platform. It would be like using an iPhone 4 versus using an iPhone 6.”

Mr. Binder says Layer3 TV needs 1 million subscribers to turn a profit and he will need every ounce of this advantage if the company is to be successful.

There are some formidable obstacles that must be overcome for the company to achieve that goal.

IP is not a sustainable advantage

LightReading’s Mari Silbey says that the advantages endowed by embracing an all IP infrastructure are temporary. She points out a large proportion of Comcast’s X1 service is already IP, and the company has already launched a fully IPTV service, Stream. Many other operators are headed in the IPTV direction too. For example, Cox Communications and Shaw Communications have both licensed the X1 platform from Comcast, and Cox has already deployed it.

The evidence is that Comcast already has all the speed it needs to innovate its X1 in order to remain feature competitive. It is making daily updates to client software and regular updates with major functionality like voice control and network DVR storage.

It could be that an all-IP implementation is no advantage at all of the likes of Comcast X1 and its licensees.

Pay TV isn’t as important as it used to be 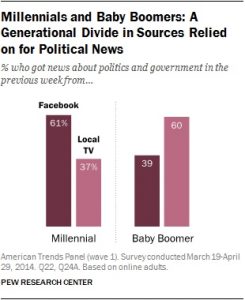 I have reported extensively on the decline in television watching in the US. Among millennials, the Internet has already supplanted the television as the main place they get their news. According to Pew Research, 61% of millennials use Facebook to get news, while only 37% turn to the TV. Many children do not watch traditional at all.

New data from Croatia illustrates the consumer reliance on pay TV is waning worldwide. 61% of Croatians now use the Internet as their main source of information, compared to 29% that use the television. 45% say they use the Internet for more than 4 hours a day during the week, with just 10% using television that much.

Layer3 TV service will cost the same, in the region of $80-$150, as cable service. Certainly, Comcast is proving with X1 that an advanced TV experience can help attract and retain customers. So a tangibly better experience can be a real differentiator for customers. That said, it should be noted that Comcast is still losing pay TV subscribers overall.

As I pointed out last week, the economics of running a pay TV service is heading in the wrong direction. Content fee increases are consistently outpacing an operator’s ability to raise prices, diminishing profit margins. And these dynamics look even worse for small operators like Layer3 TV that lack the negotiating power of a big operator like Dish or AT&T.

These are some substantial problems that Layer3 must face, but can it still be successful? If we define success as Mr. Binder does (gaining 1 million subscribers) yes it can. Digitalsmiths says that 7.8% of pay TV customers changed their operator in the last quarter of 2015. With 8 million homes a quarter up for grabs, many could be enticed to try a new service like Layer3. But only if the company can roll out service widely and quickly.

To be successful, Layer3 TV will need to execute flawlessly and quickly increase the homes it can actually reach with service to the something like 5 million. And that’s a tall order given that Chicago is the only announced launch market. With consumer interest in pay TV wanning, does Layer3 TV have the time it needs reach the 1 million subscribers it needs?

The market for pay TV is declining, profit margins are falling, and consumer interest is waning.

That said, a new company like Layer3 TV could still be successful if its goals are modest and execution flawless.