The Internet TV market is anything but open and neutral

Telling people about an SVOD service and getting it on their connected television is becoming increasingly difficult for service providers. The partisan world of the Internet TV market stands in stark contrast to the open and neutral (mostly) communication medium over which services are delivered. Signs are the situation will get a lot worse.

The battle for our attention and wallets took a new turn last week. According to the Wall Street Journal, Disney has put in place a ban on Netflix advertising on its TV channels, with the exception of ESPN. Sources told WSJ that other potentially competitive streaming services to Disney+ would also be banned from advertising on Disney TV channels unless there is a broader partnership between the companies.

Presumably, WarnerMedia’s HBO Max will face the same restriction when it launches in April of next year. However, it’s not clear if NBCU’s Peacock, which also debuts next year, will be banned since Comcast and Disney remain partners in Hulu.

Disney’s move could force similar bans from competitors like CBS and WarnerMedia. Were this to happen, it could prove difficult for SVOD services. Many of them use TV to tell viewers about their services and the shows they carry. For example, Netflix has placed ads during the recent Emmy Awards on Fox, on MTV, and other channels.

Broadcast TV networks have not been shy in the past about taking advertising from streaming services, even as their audiences decline due to them. Refusing to run ads from potentially competitive online services could negatively impact TV ad revenue in the short term.

Internet TV platforms are partisan too

Another way SVOD providers get their services in the hands of consumers is through connected devices. Here, Disney is the vulnerable one. Disney+ will appear on an impressive range of connected devices when it launches next month, including iOS, Android, Android TV, Roku, Apple TV, and newer Samsung smart TVs.

However, Disney has yet to reach an agreement with Amazon for Fire TV devices, and reports suggest the companies are deadlocked in negotiations. The reported sticking point is advertising space. Amazon wants to sell some of the ad space delivered through Disney apps (presumably that would include Hulu.) Disney is resisting the demand. 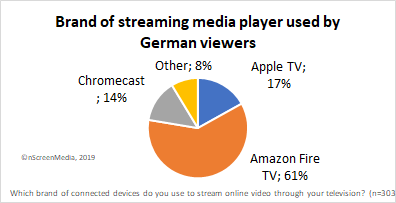 Some have characterized the lack of Disney+ at launch as a big problem for Amazon. Indeed, Fire TV users are unlikely to be happy about not getting access to Disney+ through the device. That said, the potential harm to Disney+ is much higher. 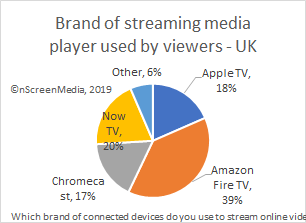 Without Fire TV, Disney+ will struggle to find an audience in Europe and will seriously lag Netflix in the US.

Internet TV is anything but open and fair

Disney’s maneuvering on behalf of its Disney+ service is a sharp reminder that Internet television is a complicated business. Though the internet TV market uses a communications medium that is at least nominally open and neutral, it is anything but! The platforms, services, and media outlets that an SVOD service needs for support and success are owned and operated by companies that likely have competing interests. In this world, no one is neutral, and the rules of the game can change in an instant.