The opportunities for video services to reach new audiences are multiplying as the online TV ecosystem fills out. Here are four examples of new internet TV distribution deals that help online TV providers broaden their reach.

Smart TV manufacturers are building a substantial selection of free ad-supported linear channels available through built-in apps. All an owner needs to do is hook the TV up to Wi-Fi and start watching the channels. Vizio’s Smartcast app gives owners free access to 70+ channels of content, including news, DIY, sports, and much more. Endemol Shine signed an agreement with Vizio to bring some of its most famous brands like Deal or No Deal and Wipeout to the Smartcast platform. The shows will appear in 24-hour streaming channels.

The shows are comfort-viewing for audiences stressed by these difficult times. They help Endemol Shine in two ways:

They also help differentiate Vizio TVs. Having popular titles and channels immediately available with no pay TV required could be a big selling point with consumers. 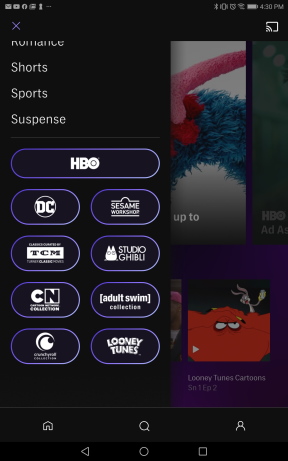 In the hullabaloo around the release of HBO Max, you might have missed that the service provides access to 17 of Crunchyroll’s’ top anime titles. Series available include Full Metal Alchemist: Brotherhood and In/Spectre. The Crunchyroll team will curate the best of anime for HBO Max each quarter, bringing additional titles like Death Note and Hunter x Hunter.

Crunchyroll and HBO Max are in the WarnerMedia family of companies. Crunchyroll is a subsidiary of Otter Media, which is, in turn, owned by WarnerMedia.  The relationship certainly smoothed the way for the Crunchyroll brand and content to stand side-by-side with HBO, DC, and Cartoon Network. It is a shrewd move by both services. The deal brings anime to an audience Crunchyroll might not ordinarily reach and should help draw more subscribers to the anime service. HBO Max gains quality content from a non-traditional genre to help differentiate itself from the competition.

Rakuten TV is a video-on-demand company offering movie rental, purchase, and subscription services in over 40 territories. The company has also recently begun providing free content supported by ads. Starz has reached a deal with Rakuten to make Starzplay available in the UK, Italy, Germany, France, and Spain. Many of Starz’s most popular shows will be available, including The Great, Hightown, and Power Book II: Ghost. Residents of the five countries can subscribe through Rakuten for £4.99 ($5.60) a month.

The deal is a win-win for both companies. Leveraging Rakuten TV’s multi-country presence gives Starz quick access to a broad audience. What’s more, it also allows Rakuten to provide a more extensive offering to users, encouraging them to spend more time on the platform.

Online TV providers are increasingly finding pay TV operators great partners in reaching new audiences. Of course, operators such as Comcast and Charter have been integrating SVOD services into the pay TV experience for some time. However, AVOD providers are also finding opportunities to deliver to pay TV audiences through the set-top box. For example, Zone TV has launched its set of AI-powered linear channels with pay TV operators such as Comcast Xfinity and DirecTV and vMVPD providers like Sling TV.

Would you like to learn how Netflix, CuriosityStream, Cinedigm, Vevo, HayU, and other online TV providers gained significant advantages from launching with pay TV operators? Download the free white paper D2C is Not Enough: How Pay TV Can Hel Drive SVOD/AVOD Success.

In the past, distribution options were limited for SVOD and AVOD providers online.

Today, the ecosystem for delivering online TV to audiences has broadened considerably.