As I walked the show floor at IBC 2019, I heard a rumor that Comcast had purchased application platform developer Metrological. A source close to the story confirmed it to be accurate. The deal is a good move by Comcast.

Comcast has embraced the role of super-aggregator for its customers. It is working to integrate SVOD apps with its pay TV service running on X1 set-top boxes. To date, services like Netflix, Amazon Prime Video, Acorn TV, Curiosity Stream, and Fox Nation have been integrated and launched.

Though it has not been officially announced, Comcast is likely already using Metrological’s Application Platform to integrate third-party apps. Why does it need Metrological to do this?

Comcast’s X1 platform is built on RDK, an open-source software stack for the connected home. Though RDK is an excellent platform for operators to use to deliver their services through set-top boxes, it is not designed to be a store for third-party apps.

At IBC 2018, RDK Management began to address the need for app development with a new app framework to allow operators to build apps of their own. However, the framework is far short of what is required to enable an operator to launch and manage many third-party apps in a store environment. RDK Management recognized the limitation and announced that operators could choose a pre-integrated app store to jump-start their app libraries and beef up their app management capabilities. Metrological is that pre-integrated app store. 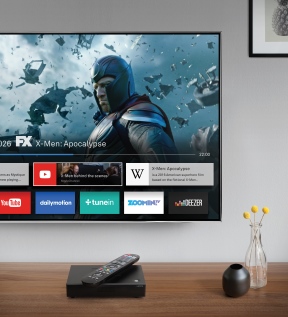 The Metrological app store brings all the tools an operator needs to be an aggregator of SVOD and other online services. It provides the SDKs and toolkits app developers need to build the apps. It supports all the popular monetization models and will run anywhere RDK does. Finally, it gives operators the tools they need to run a fully functioning app store. In other words, Metrological App Store is exactly what operators need to be a successful SVOD aggregator.

A credible competitor to Android TV

The lack of a credible app store for RDK has been a glaring hole in functionality that has forced operators to consider other options. Google announced earlier this year that 140 operators have elected to use Android TV Operator Tier (OT) on their set-top boxes. Android TV OT provides the Play Store, with thousands of apps available, and supports many of the features an operator needs to deliver its services through set-top boxes in the home.

Check back here over the weekend. If I can get confirmation from either Metrological or Comcast that the rumor is true or not, I will update this piece.

[Update September 14th: A source close to the deal confirmed that Comcast has acquired Metrological.]