The Wall Street Journal reports that Hulu is planning to launch live linear TV channels in a service more directly competitive with traditional pay TV. Such a service would be a radical departure from the company’s on-demand roots, but it could be the best option given its close ties to the broadcasters. 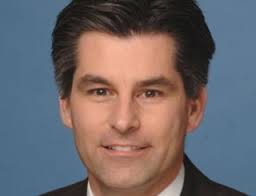 This marks a distinct departure from Hulu’s pay TV strategy to date. In 2013, the company’s CEO Mike Hopkins started to negotiate with pay TV operators for carriage. In order to boost exposure and increase subscribers, he wanted to get the Hulu client on operator set-top boxes. In the subsequent 3 years only Cablevision has agreed to do this. By fielding his own OTT linear service Mr. Hopkins is, in effect, admitting that the current approach has failed. He has clearly accepted the only way forward for the company is to compete with pay TV operators, not partner with them.

The exact characteristics of the Hulu streaming linear service have not been revealed. However, the price point appears to be targeted in the range of $40. This would suggest it will be more like Playstation Vue than Sling TV.

Playstation Vue is a more of a direct competitor to pay TV than Sling TV. Vue provides between 55-60 channels in its base package and, in some markets, can include local channels. It also has DVR capabilities and supports more than one stream at a time. Sling TV, on the other hand, delivers 23 channels for $20 in its base package, does not include DVR functionality on most of its channels, and only allows a single stream at a time.

There are severe challenges ahead for Hulu whichever route it decides to take. The technical challenges of delivering live linear are vastly different from on-demand streaming. Commenting on the delivery of live linear at last year’s INTX, Sling TV CEO Roger Lynch said:

At first, Sling TV struggled to meet the demand for linear channels at peak viewing times.  The company had a very public failure during the NCAA basketball tournament in 2015, though it was able to handle the peak in 2016 with no problems.

Hulu has built its own infrastructure from the ground up, and regards total solution ownership as a strategic advantage. That said, adding scalable, reliable live linear functionality will be tough unless it changes its approach and partners for the functionality. However, the new service isn’t scheduled for release until 2017, suggesting the company may be planning to take the more risky path of building, not buying.

Hulu comes with a natural advantage in licensing the channels it needs: Disney, Fox and NBCU are investors in the venture. Fox and Disney have already committed some of their channels to Hulu, according the WSJ. However, NBCU has not reach agreement with Hulu yet. The service will also carry at least some local channels from Fox and ABC, though support is liable to be thin at first. Negotiating with all the affiliate groups will likely take longer than 2017, meaning the service will launch with support in just a few markets.

Given the failure to secure meaningful pay TV distribution agreements, launching a competitive service online is a good option for Hulu to pursue. It will also give ABC, NBC and Fox something they have never had before: ownership of their own pay TV service.

WSJ reports that Hulu is planning on launching an OTT pay TV service with linear television channels as its centerpiece.

This shows the company’s attempts at partnering with pay TV operators to boost distribution have failed.

An OTT pay TV service is probably a good option for the company to pursue given that it is owned by the broadcasters.