At the Future of Television show in New York this week, Al Lieberman, Executive Director Entertainment, Media, and Technology Program at NYU Stern, opened the event with a short speech. He left the audience with a brief prescient thought: 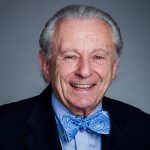 “Change and risk define where we are in the industry.”

With this thought in mind, I sat down with a panel of experts to discuss Today’s Video Mix: OTT, Cable, and Linear Television. I asked my panelists to name one thing that will be different about their business in five years. Both change and risk feature strongly in their replies.

Dish Media an enabler of addressable ads for pay-tv

Kevin Arrix, Senior Vice President of DISH Media, sees a broader role of the company in the pay TV market. He considers the company to be an enabler, helping the broader adoption of addressable advertising: 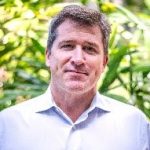 “We’ve been in the addressable advertising business for quite some time now. It’s been MVPD focused to date. There’s talk of programmers wanting to enable their national minutes and entering the addressable game. we need to help solve for this – leverage our subscriber data and provide addressable ad execution. In five years, we’ll be in the services business, which will be software-based. That will be a scaled solution that enables national minutes for cable and broadcast players.”

The move from client-side to server-side ad insertion offers the possibility to streamline the ad lifecycle, according to comScore’s Carol Hinnant, EVP, National Networks. 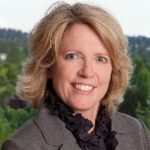 “I think tagging will be a thing of the past; everything will be server-side ingestion of data, which I think is a good thing for everybody because there’s a lot of tagging fatigue. It’s also good for our business, mostly because we’ve been ingesting large amounts of viewership data for the past 20 years.”

Melissa Rosenthal, Executive Vice President at Cheddar, believes that advertising will become much more personalized over the next several years: 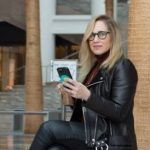 “On the revenue piece, I believe the future will be a combination of creating environment specific units that are native to the experience of where and how viewers are watching and audience-based targeting that can be fully measured.”

Consolidation and mergers are inevitable

Ryan Jamboretz is Chief Development Officer for Amobee, an independent ad platform that unifies campaign and portfolio management. He believes scale is going to be required for success and the way many companies will get there is through consolidation: 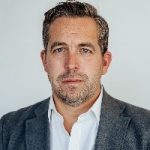 “Netflix is using the public markets for fund billions and billions for content development, Amazon is using e-Commerce. The sheer volume of dollars that have come into content development in the last five years is pretty astronomical. That’s going to require scale to compete in that game. And there are lot of people out there who simply don’t have that scale. So, I think we’ll see many fewer players there, for more positive reasons. Because of consolidation, because of mergers and opportunities. I think over the next five years you’ll definitely see people coming together.”

Ms. Rosenthal agreed with Mr. Jamboretz that there would be much consolidation. She feels the vMVPD market will be significantly affected:

“When we first started the company, Sling was the only major player in OTT. In the years following, you’ve seen the competition increase, and now there are so many OTT options and players in the game that there’s starting to be confusion in market. I believe that the consolidation of that world needs to happen and it likely will in the next five years.”