Though the blackout of Fox apps on Roku was brief, it could have a lasting impact on the company. The spat is a rude awakening for Roku users and could have them looking more favorably on chief rival Amazon Fire TV devices.

On Thursday, Roku began notifying users that it was dropping support for the Fox apps due 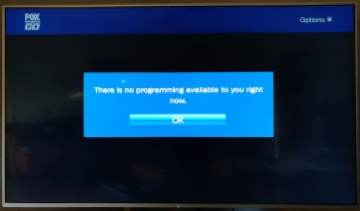 to stalled talks over carriage negotiations. The company recommended that customers sign up for free trials with vMVPDs like Sling TV and fuboTV. Roku suggested its smart TV customers use an antenna to watch their local station. The timing of the announcement couldn’t have come at a worse time since the Super Bowl is carried by Fox this year. 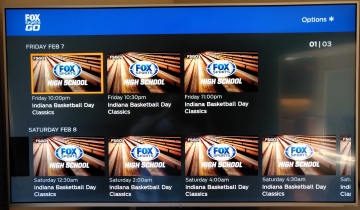 By Saturday, Fox apps had been restored to Roku

However, by late Friday, Fox and Roku had reached an agreement, and access to the apps was quickly restored.

Fox’s deal with Roku expired on January 31st. Neither company commented on the sticking point in negotiations. Variety speculated that the dispute could have been over payments for distribution on the Roku platform. However, Roku’s sharp focus on advertising could have been the problem. Pay TV operators receive a portion of advertising slots on channels they carry. It could be that Roku was trying to get a similar deal from Fox. Advertising was also at the root of Amazon’s dispute with Disney last November over Disney+’s appearance on Fire TV devices.

Expect more disputes in the future

The disagreement underlines just how different Roku’s business is from a few years ago. When it was purely interested in driving sales of its connected TV devices, any content provider could get on the platform for free. They could also pay for placement in the Roku app store, promotion to users through ads, and favorable placement in app listings.

Today, with an active user base of 32.3 million spending an average three-and-a-half hours per day streaming, the company recognizes it has something content providers dearly want: eyeballs. It is using that user base to try to extract more value from content providers on its platform. As such, we should expect more disputes with content providers in the future.

For Roku users, the dispute must feel terribly familiar. Pay TV subscribers have grown weary of the contract disputes between operators and programmers that frequently resulted in channels disappearing from their service. For example, Dish Network removed HBO from its system in October 2018 as the result of a dispute and still has not restored the channel for its users.

Roku users are likely not pleased to learn that the same problem exists on their streaming device of choice. After all, many purchased a Roku under the impression that the box or stick provided them unfettered access on TV to all the video the web has to offer. Now they find that Roku is just another gatekeeper, deciding which content providers can and cannot be viewed by its users.

Roku likely the loser in the dispute

It’s hard to imagine that Roku scored a big victory over Fox in the negotiations. After all, Fox has plenty of other routes to viewers, and viewers have other ways of connecting with Fox.

As well, there is certainly damage to Roku’s reputation. Users won’t be throwing out their Roku sticks and rushing to buy a Fire TV or Apple TV to replace it any time soon. However, when they are in the market for a new device, the differences from a competitor like Fire TV might not seem quite so great. And that could be a problem in the longer term. Fire TV and Roku sticks and boxes are neck-and-neck in the U.S. market. What’s more, with 150 million Prime Members and counting, Amazon’s marketing power continues to increase. Against Amazon, Roku needs all the advantages it can get.

The dispute was quickly resolved but damaged Roku’s reputation as the most open connected TV platform.

In a tight fight with Fire TV for market share, the reputation damage could help tip the scales more in favor of Amazon devices.

nScreenNoise – Why Roku is a bellwether for the internet TV industry