The EU 30% quota rule sounds like a good way of ensuring the future of local content production and reining in the influence of giants like Netflix and Amazon. However, here four reasons it might not be such a good idea. 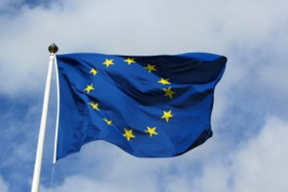 The EU has ratified its controversial rule mandating that 30% of SVOD catalogs be European in origin. Once EU member states approve the measure, they will have two years to incorporate the rule into national laws. However, they might want to think about if a quota system is the right approach. Here are four reasons it might not be such a great idea.

The EU 30% rule seeks to ensure that local content production continues to flourish. However, that is not the real problem member states face. The young are spending much less time watching local content than they used to. Instead, they are spending their viewing time with video produced outside the country. In other words, the culture and values of other countries are displacing national culture and values.

Of course, cultural identity has been under threat for decades from television. European broadcasters have all rushed to license top Hollywood produced TV shows and movies. However, when viewers watched these shows, they were also exposed to local news, current affairs, and advertising. The danger with global SVOD is that the context is global, omitting the local.

A quota will not fix this problem. Though the EU can force Netflix to promote a French movie, it can’t force a viewer to watch it.

Ted Sarandos, Netflix’ head of content, has been very clear about his strategy for content production in local markets:

“We are getting better at making a local show at least pan-regional and at best global. We’ve seen that recently with 3% and with Dark from Germany. Those U.S. numbers for us on those foreign language shows would be big hits on cable in the US.”

Netflix wants to invest local money in productions that have a broader appeal. In other words, there is little incentive to produce content that is quintessentially Estonian or Greek. 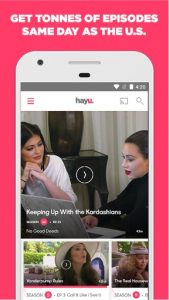 HayU, an SVOD service from NBCU, brings the best of US reality TV to EU citizens in the UK, Ireland, Sweden, and Finland. The reason for HayU to exist is purely to deliver US content. What does the 30% rule mean to the service? How about a service from Slovenia bringing native content to Slovenians living elsewhere in the EU?

An arbitrary rule mandating a content quota doesn’t make a whole lot of sense for many SVOD service types. At best, it will be confusing to subscribers and prospective customers. At worst, it will erode already thin margins.

EU citizens could end up the poorer for the 30% rule. What can services do that are unable to add enough EU content to their catalogs to meet the quota? They can thin the amount of ex-EU content available. That gives subscribers less choice, devalues the service, and could result in many customers canceling the service. Again, for services operating on thin margins, it could be the thing that causes the business to fail.

The devil is in the details

As with everything, the devil is in details. The adopted EU directive’s seventh and final clause has the following ominous wording:

In other words, how to calculate the 30% quota remains unclear and exactly which services must comply is undefined.

The potential for harm is enormous. For example, what if the commission were to keep things simple and say 30% of titles available must come from anywhere within Europe. Such a rule would set the stage for French, German, and Italian filmmakers to dominate the EU quota. How does that help Poland, Cyprus, and Malta? Conversely, saying that 30% of a service catalog available in Poland must be Polish in origin would be unworkable for almost any SVOD service.

The EU 30% quota requirement on SVOD services may end up doing more harm than good.

It doesn’t fix the real problem, youth disconnecting from local culture and issues.