Four data points showing the strength of the OTT market

At the OTT_X conference in Los Angeles, there was data aplenty showing the business of online video is healthy and growing. Here are four points shared during the day, illustrating why the future is bright for FAST services, small SVOD providers, Netflix survival without licensing tentpole TV, and AVOD’s success without originals.

Speaking at the LAES and OTT_X conference in LA on Tuesday, Colin Petre-Norris, CEO of free ad-supported TV (FAST) service Xumo, says that in some cases ad-supported services can out-perform the revenue earned by an SVOD service: 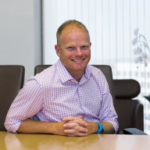 “On just ad-supported content with a low-end load of 15 to 17 ads per hour on average, as a channel, you can be earning between 15 cents to 80 cents an hour. Ad-supported can outperform what you can get from an SVOD service.”

Why it matters: For smaller providers, Mr. Petre-Norris suggests they can build a solid content business with a pure ad-supported model.

There continues to be much debate on the viability of smaller SVOD services. Much of the revenue and subscribers accrue to the top 3 services in the market: Netflix, Amazon Prime Video, and Hulu. However, according to Sarah Henschel, Senior Research Analyst, Media, IHS Markit, smaller SVOD services are doing well too: 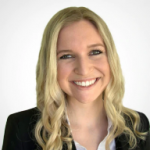 “Smaller services are seeing significant growth. We see 20% growth across all the services we track. None are declining.”

Other data supports Ms. Henschel’s statement. According to TiVo, the number of video services available to the average household increased by 26% between 2017 and 2018, to reach 2.75.

Why it matters: The longer people spend watching online, the more opportunity they get to discover new services. It looks like these discovery sessions are allowing them to find and subscribe to smaller services that match their interests. 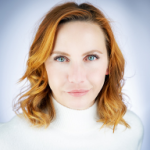 Originals still make up a small proportion of new TV show seasons on Netflix, according to Kathi Chandler-Payatt, Executive Director, Entertainment Analyst at The NPD Group. In 2018, 13% of new shows on Netflix were original, increasing to 16% in 2019. Viewership of originals is growing just as fast. In 2017 and 2018, the average minutes watched per Netflix profile per day remained the same, 33 minutes. Over the same period, the original content’s share of those minutes increased from 13% to 19%. 2019 has seen time spent with originals leap ahead to 24% while time spent rose to 44 minutes.

Why it matters: Netflix is losing some of its top licensed titles. The company’s survival relies on originals picking up the slack.

You don’t need originals to succeed in AVOD

With 500 scripted shows coming in 2019, competition for talent is furious. Consequently, the cost of creating new shows has escalated dramatically. Luckily, AVOD providers don’t need to wade into the content-creation morass. According to Adam Levinson, CCO of Tubi, the service has 20 million actives a month. Those viewers are watched 100 million minutes in June, and average viewing sessions are more than 2 hours. Tubi has achieved this performance without creating originals. Unsurprisingly, Mr. Levinson doesn’t think he needs them to keep growing:

“So, I don’t feel like the problem for Tubi is our viewers can’t find something to watch. And it’s amazing to see – ok, with 15,000 titles – everything is getting watched every month. Some are getting watched more than others. But originals are not solving a problem that we have.”

With a “nine-figure” budget to license more content, Tubi viewers won’t be running out of things to watch anytime soon.