Eluvio Content Fabric: what the video internet should be?

The internet wasn’t built for video distribution, and billions have been spent adapting it to the task. Challenges such as latency, monetization, and tracking remain. Eluvio’s Content Fabric is built to fix the internet’s shortcomings and dramatically simplify the distribution of video online.

One of the fundamental challenges with online streaming is that the internet was not architected with video in mind. Would we have done things differently if video had been part of the design? Absolutely, according to Michelle Munson, CEO of Eluvio: 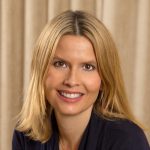 “From the years of seeing file-based workflows, we wanted to try and attack what we think are the big and transformational problems getting in the way of video on the net today.”

She and co-founder Serban Simu created the Eluvio Content Fabric (ECF), a software-based content distribution overlay network, to fix many of the internet’s limitations with video distribution. They have been working on ECF for two years, drawing partly on their rich experience in web content distribution, creating the fast file transport protocol (FASP) at Aspera.

With traditional video distribution, it is necessary to produce many different versions of a video file. For example, to deliver a single movie requires many separate file or stream versions:

Accommodating so many demands can easily lead to the creation of hundreds of versions of the movie, leading to long video encode times, massive storage requirements, and high distribution costs.

ECF eliminates the need for all the movie versions. Instead, the content owner delivers one high-quality version of the movie, and the network takes care of transcoding it to the appropriate format for a requesting client.

At IBC 2019, there will be many solutions on hand to reducing live latency, the time between an event happening, and a streaming viewer seeing it. Latency is much higher in traditional video streaming because creating all the file stream versions is computationally expensive. Ms. Munson says that ECF is different:

“It is a real-time transport, transcoding, and packaging pipeline that has no additional latency.”

The pipeline approach allows ECF to deliver live Ultra HD broadcasts with less than 3 seconds latency from ingestion of the original video stream to delivery to the viewer’s device. For on-demand content, the delay is a few hundred milliseconds.

Ensuring content is monetized according to the granted licensed rights is a significant undertaking in current distribution networks. Rights and control data are described in metadata and management systems separate from the video file. Reporting also requires sophisticated tracking mechanisms. To simplify the process, ECF uses blockchain contracts to control access to the content. All the interactions with content are recorded in blockchain’s ledger, making them provable and tamper-free.

There has been much discussion of blockchain’s ability to keep up with the furious pace of video monetization. For example, targeted dynamic ad insertion into live streams and result in millions of ad transactions in a few seconds. The distributed nature of blockchain makes each data transaction too slow to keep up. Ms. Munson says ECF has solved the problem:

“We use state channel technology, which is an approach to resolve that asset request with a view off-chain, and then to settle that against the chain asynchronously.”

In other words, a play request can be authorized immediately while the details are latched in the ledger later.

There are other attractive features for video providers in the ECF approach, including:

Eluvio is already working with MGM Studios and other providers to refine the features of the Content Fabric. If you’re at IBC, you can register for a demonstration of the Eluvio Content Fabric in Hall 1.