Kevin Mayer wants Disney+ to be one of the must-have entertainment sources in everyone’s entertainment bundle. Here are the three key ingredients he plans to use to get him there.

In an interview with The Hollywood Reporter, Disney’s Chairman of Direct-to-Consumer and International Kevin Mayer revealed new details about his strategy for the 2019 Disney+ service. For the service to be a success, nothing short of Netflix-size adoption will be enough. Here are three key ingredients Mr. Mayer plans to use to get the service there.

“We have to take our content and make it as exclusive as we can to our service.” 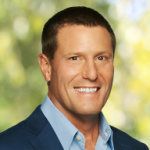 Mr. Mayer knows that the brands and franchises Disney owns are known and sort after by consumers. He wants to ensure that the only way people can get them is through Disney+. This strategy is nothing new to Disney and one already being followed by market competitors like Netflix and Amazon.

WarnerMedia may not be following the same strategy. Netflix license to Friends, owned by WarnerMedia, expires at the end of 2018. Many expected WarnerMedia not to renew the license, reserving Friends for its 2019 DTC service. However, WarnerMedia allowed Netflix to keep Friends for 2019, though the license is no longer exclusive.

Originals a critical part of the mix

“It will skew naturally from an hour’s perspective, because of how much we’ve invested over the years, toward product that’s non-original, but we’re making a lot of original content.”

Make no mistake; originals are going to be a critical component of Disney+. They have proven the lynchpin of Netflix’ customer acquisition and retention strategy. Earlier this year, Netflix Head of Content, Ted Sarandos, said the company is devoting 85% of the company’s content budget to original movies, shows, and documentaries. The company has also hired a new head of original content, Channing Dungey, former President of Entertainment at ABC.

Putting consumers in the driver’s seat

After decades of deciding when, where, and how consumers could see Disney entertainment, the company recognizes it must cede some of that control to the viewer. What that means for Disney+ isn’t exactly clear. Mr. Mayer’s words could be interpreted to mean Disney+ will offer tiers of service, letting consumers get as much Disney content as they need. However, that seems an unlikely course given the success of Netflix’s one-low-price-gets-it-all strategy.

Mr. Mayer gave some other clues as to what he might have meant later in the interview. He is interested in launching all his DTC services internationally and sees them working together:

“We would like to have an international trilogy of services where it makes sense. We want a sports service like we have here; we want a general entertainment service, which would be Hulu, in different places around the world where we don’t have that; and we want to have Disney around the world.”

Perhaps he meant consumers could take ESPN+, Disney+, and Hulu in any combination they like. By this time next year, we should know for sure.

Disney is looking to position its forthcoming Disney+ service as an essential part of most people’s entertainment bundle.

The company will lean heavily on exclusivity and originals to help recruit and keep customers.

For the first time, it will cede much of the control over when, where, and how viewers consume its content.