How conversation is changing the business of entertainment

One of the defining differences between traditional video and online entertainment is the open, interactive nature of the online experience. A team of experts explains how the online platform is changing the business of entertainment.

At DEW 2019 in Los Angeles last week, I had the pleasure of moderating a panel entitled The Future of The Television Business. I asked the panel how the conversation between creators and their audience was changing the business of entertainment. Here’s what they had to say.

Fans consume and contribute to the shows they love

Ripple Entertainment builds audiences around short-form video on social media platforms. Some of its

networks include Something Scary, Snarled, and Hissy Fit. Gayle Gilman, CEO of Ripple Entertainment, talked about how the fans of Something Scary weren’t content simply watching the stories:

“The fans started sending us their ghost stories. We’d get hundreds of submissions every week. We decided to reward the fans and include them. We have used the stories they sent to create content in our shows.”

Creators and talent driven by community 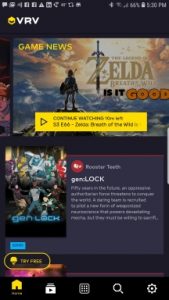 VRV is a video service dedicated to serving the fandom community. The service provides a mix of content, from anime to comedy, for free-ad-supported and with a subscription. It aggregates SVOD services like Crunchyroll, CuriosityStream, and Rooster Teeth. Crunchyroll, an anime SVOD service with over 2 million subscribers, has achieved success by staying close to the anime community. Eric Berman, Head of Business Development and Content Partnerships for VRV at Ellation, see the community aspect as fundamental to the new entertainers:

“With creators and talent, their entire day is based upon their community and their following. They care about their ability to do so, to remain a part of that community, in addition to the paycheck.”

POPSUGAR is a media company that serves millennial women around the world. The company speaks

to 100 million women every month. One of the ways the Internet has impacted existing businesses is to disrupt distribution chains and cut out intermediaries. David Grant, President of POPSUGAR Studios, sees the same thing happening with entertainment:

“All these gatekeepers, suits that used to sit up in offices and create gates and little pathways and then try to monetize all that by hanging on to it. It’s all breaking down.”

Everyone is a storyteller 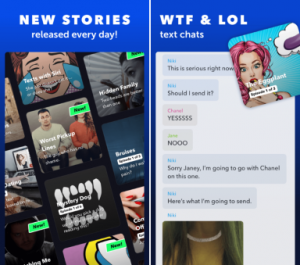 Mammoth Media is a mobile media company. One of its most successful apps is called Yarn, a chat-fiction app. Yarn lets users uncover the story as they follow text messages with photos and videos. Benoit Vatere, Founder and CEO of Mammoth Media, focused on the democratizing aspects of online as a story creation medium:

“The brands and the talent realize that it’s all about storytelling. We are going to see a lot more across the board from sports deliveries to bands all telling their stories.”