Star Trek: Discovery was a big gamble by CBS. The broadcaster hoped it would be the spark that propelled CBS All Access into millions of American homes. It looks like the show has fallen far short of the mark.

CBS says The Grammys provided the second-best day for subscriber signups to All Access, behind the launch of Star Trek: Discovery in September 2017. The company says it now has more than 2 million subscribers to All Access.

One year ago, CBS said that Showtime had 1.5 million subscribers and that the All Access had “almost as

many.” That means in the last year All Access has acquired around half-a-million new subscribers, or just over 40,000 subscribers a month. The annual growth rate is currently 33%, a strong performance by any measure. However, it looks like growth has slowed dramatically.

2017 growth is dramatically slower than 2016, despite the release of a blockbuster like Discovery.

How many Discovery viewers are there? 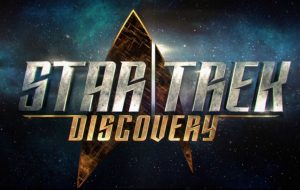 CBS does not release viewing figures for Star Trek: Discovery, so it is difficult to know exactly how many people are watching. However, we can estimate a maximum audience for the show from the subscriber numbers we do know.

A good proportion of the most recent signups to All Access likely came with the intention of watching at least some of the episodes of the show. Let us assume half of the new sign-ups, or 250,000, fall into that category. A popular show like Big Bang Theory is getting ratings of around 2.8 in the 18-49 age range for a total audience of 3.6 million. Assuming Discovery does at least this well with All Access customers signed up before it launched, we would see an additional 50,000 for a total of 300,000 subscribers watching.

Finally, we need to account for family viewing and the fact that most families share their SVOD passwords with each other. To be generous, let’s assume that if one person in an All Access household watches Discovery everyone does. Since there are 2.6 people in the average American home, the maximum audience for an episode of Star Trek: Discovery is 780,000.

The worst performing Star Trek was Enterprise in its final season. It got ratings between 2.5 and 3. Discovery’s U.S. audience doesn’t seem to be anything like that. Any way you look at it, the show is the least-watch Star Trek series in franchise history. CBS’s decision to release the show through All Access appears to have deprived it of most of its audience.

Star Trek: Discovery’s performance doesn’t bode well for the future of CBS All Access. The data suggests one big exclusive show is not enough to keep subscriber growth on track to pass CBS’s 2020 goal. To do that the company will have to keep releasing big-budget shows through the service.

CBS was looking to Star Trek: Discovery to deliver a surge in subscribers to the All Access subscription service.

It doesn’t look like the show delivered and CBS is in danger of missing its subscriber goal for 2020.

Releasing Star Trek: Discovery through All Access deprived it of much of its audience. The show is the least watched Star Trek in the franchise’s history.