What are some of the things that you should be doing now to deliver broadcast-standard streaming every time? A panel of experts gives practical advice you should act on today!

At IBC 2019, I had the pleasure of moderating a breakfast panel put on by Mediatel and sponsored by Varnish Software entitled Broadcast-standard streaming: It’s time to walk the walk. Joining me in the discussion were Michael Dale, VP Engineering at Ellation/Crunchyroll; Ben Freeman, VO Product, Playback, Advertising & Living Room at DAZN, and Lars Larsson, CEO of Varnish Software. During the extensive discussion I asked each panelist to answer two questions which provide an interesting perspective on where we are in the video streaming market.

“Name one thing a video provider can do now to improve streaming performance.”

Focus on the player

There is perhaps no single component of the value chain of delivery that can impact the video experience more than the player. Mr. Freeman zeroed in on it as a place to pay most attention to boost performance: 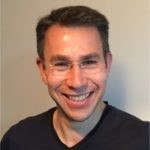 “Focus on player heuristics. Look at the details of your player to see how that player is behaving and make sure that it performs really well under all sorts of bandwidth constraints and network constraints. That’s where I’d go first.”

Time to upgrade your video codec

Keeping software current on encoders is a great way to reduce the bandwidth required for streaming incrementally. However, once you embrace cloud encoding, updates automatically happen. There is another way to reap more benefits from lower bandwidth streaming. Mr. Dale thinks it could be time to look at a codec upgrade: 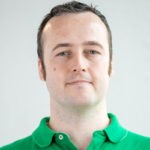 “The time is now to start embracing newer codecs. We’ve been using h.264 for many years now and its starting to get a little long-in-the-tooth. Walk around the floor at IBC, and you’ll see that the newer codecs are coming along nicely and there’s good opportunity to take advantage of that.” 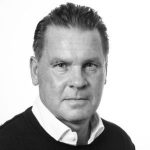 Leveraging cloud platforms to run streaming solutions allows a provider to abandon bespoke hardware solutions. Instead, they can leverage new software approaches and, according to Mr. Larsson, see huge benefits:

“Move away from hardware-based streaming solutions and moving to software. Software is generally 10 to 20 times faster.”

“Name one thing you know now that you wish you had known when you first started to launch your service.”

Time to leverage the cloud

If you are hesitant to embrace cloud streaming solutions, it may be time to heed the advice Mr. Dale would have liked to have given himself four years ago:

“I joined Crunchyroll about four years ago, and we were still heavily based in the data center. One of the first projects was a data store project for the data center. That was a waste of time. In the end, we migrated to a cloud-hosted storage solution. It cost less and is infinitely easier to maintain. It integrates with all our services much easier.”

Mr. Freeman wished he could have warned himself about the difficulties in achieving the scalability required. It is a problem that he says is far from solved:

“Infrastructure is still one of those things that continues to be a question. I wished I had known the challenges that it was going to drive and the features that we were going to have to build to work within those constraints. There was a lot more work there than I thought there would be. However, with continued investment and innovation, ultimately OTT will be able to deliver broadcast grade quality to millions of people.”

Not too late to jump on the 5G opportunity

Mr. Larsson is gearing his company up for the arrival of 5G. He wishes he had started sooner but feels there is still time:

“I wish that we had realized the potential implications 5G can have on this business earlier. It’s going to be massive. There are so many opportunities, and its something that I think everyone should think about as early as possible.”