At the Future of Television show in New York this week, I had the pleasure of moderating a discussion entitled OTT and Direct To Consumer (D2C) Roundtable. My panelist came from smaller D2C companies and consequently had a very different view of the market from Netflix or Amazon Prime Video. I asked them to articulate some of the biggest challenges they face in the direct-to-consumer market.

Jessica Malloy is the Chief Marketing Officer of CH Media which is the owner of well-known comedy brands CollegeHumor and Dropout. Ms. Malloy is concerned about how to maintain and improve customer lifetime value on a minimal content budget: 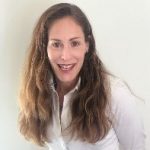 “Communicating to consumers the price/value ratio, why they should stay. We aren’t going to be as big as some of these players, and we are not going to have as much content as them. So, how to keep you coming back, how to get you to try another show, how to keep you engaged is a challenge that we are working on every day.”

Discoverability a challenge for D2C

Joel Meares is Editor-in-Chief at Rotten Tomatoes. He lamented the fact that it is tough to find smaller D2C services: 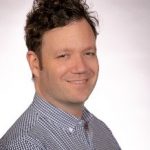 “One of the real challenges for anyone in this space is discoverability, particularly when you are up against the behemoths who are entrenched. We look at the data at Rotten Tomatoes of what movie and TV fans are especially interested in, and it’s quite breathtaking how dominant the Netflix portfolio is. The big challenge is finding a tool that will help people discover the great work that the people on this panel are doing.”

D2C services hemmed in by “the behemoths”

Sharmi Gandhi is Senior Vice President of Strategy and Business Operations at Endeavor. Endeavor is a sport, media, and entertainment company that includes William Morris Endeavor, IMG, and Fashion Week. Ms. Gandhi thought that the typical business model for a D2C service was also its most significant challenge: 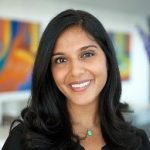 “I think the business model is a little challenged.  When you think about it, cable channels always had dual revenue. They had affiliate fees, they had advertising, and they had some of their costs offset because they didn’t have to worry about distributing the content directly to the home. Now you are responsible for the whole stack. You have to worry about not only the marketing but also distributing it. And on the top-line side of it, you can’t really charge that much. That’s been dictated by the behemoths that are coming online – $6.99, $4.99. Those are really low price points to support creation, licensing content, and distributing it. It’s a little challenging to find enough scale to support the costs that you have to put into it.”

Teal Newland is Senior Vice President of Marketing and New Platforms at Conde Nast Entertainment, the TV, Film, and Digital arm of Conde Nast. She is concerned that Conde Nast can’t develop as direct a relationship with a viewer in OTT as through its magazines and other properties: 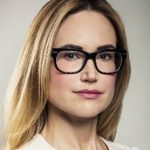