AT&T’s CEO laid out the company’s blueprint for video success. It boils down to right-sized profitable packages. He also reveals the real reason Time Warner was so critical to achieving his grand plan. 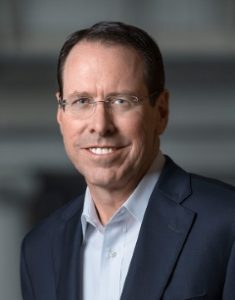 Randall Stephenson, AT&T’s CEO, revealed his plan for video at the UBS 45th Annual Global Media and Communications Conference last week. It involves multi-tiered right-sized offerings and will involve painful changes in current product configurations and how content is bought and sold. Here’s how his vision plays out.

Mr. Stephenson believes the current pay TV and linear TV channel model will persist for “some time to come.” He believes DirecTV satellite service is the Cadillac offering in that world and does not plan to make major changes to it anytime soon.  Not that he wouldn’t like to make changes. For example, he mentioned the company wants to do more with NFL Sunday Ticket but is hemmed in by licensing restrictions.

AT&T’s solution for the customer that still wants lots of linear channels appears to be a blend of two approaches. Mr. Stephenson described a new DirecTV product currently in trials:

“We have developed an over-the-top thin client service that we’re trialing in the market right now. Will be in the market late first quarter. You just plug it into the USB port of your TV; it’s run over anybody’s broadband. It is a DirecTV offering with a thinner package of content at a much lower price point. It doesn’t have a lot of installations costs. It can be self-installed.”[1]

Since the average DirecTV satellite customer spends over $110 a month on service a much lower price could be in the $60-$80 range. However, this blurs with the company’s current vMVPD product, DirecTV NOW. Mr. Stephenson says it will change:

“We’ve asked that DirecTV NOW product to do too much work. So, we’re thinning out the content, getting the price point right, to where it is profitable.”

The price point Mr. Stephenson has in mind is $50-$60 a month. DirecTV NOW’s current tiers run from $40 to $75 a month. So, it appears he plans to remove channels and simplify the tiers. Quite how that will play with the 1.8 million existing DirecTV NOW customers is anyone’s guess.

The two value offerings from AT&T sound the least well thought out of the company’s blueprint. The price points and channel approach seem to overlap a great deal.  Perhaps AT&T will simplify things even further and simply fold DirecTV NOW into the new DirecTV OTT services structure.

Earlier this year AT&T introduced a slim entertainment focused package of linear channels called WatchTV. It costs $15 a month or is free to wireless customers with unlimited data packages. The Time Warner Inc purchase was crucial to the launch of WatchTV, as Mr. Stephenson explains:

“But for doing Time Warner, that deal, you probably couldn’t have gotten this deal done. Because we’ve changed the model for how we pay programmers for the content.”

Earlier this year Mr. Stephenson explained he wanted to pay content providers based on the amount people watch their content. Such usage-based pricing is a radical idea most programmers will not accept. However, WarnerMedia provided AT&T with a base of content it could include under this model and made the creation of WatchTV possible.

The future is direct-to-consumer

Finally, Mr. Stephenson described his model for how many of us will pay for content in the future:

HBO will anchor the direct-to-consumer product he wants us all to have. It will be released in the fourth quarter of 2019 and will also have tiers of service, according to Mr. Stephenson:

“It starts off with just a core platform of movies. What you see on HBO today, predominantly movies. Think about the HBO that you know today with original scripted series – Game of Thrones and so forth – as the second layer. Think about a third layer where we have an incredible IP library in Warner Brothers…of movies, scripted series.”

AT&T’s plan for linear TV viewers is to offer three tiers of products:

For the future, AT&T will introduce an HBO-anchored 3-tier direct-to-consumer service in Q4 2019.

[1] A dongle connected to the USB port could be providing hardware-based security allowing AT&T to leverage DirecTV’s existing content licenses in the new service. He also could have misspoken and meant the HDMI port.