Could AMC get PVOD across the finish line?

Theater owners have been dead set against the whole idea of an early release window for movies to the home. Today, AMC indicated there might be a way to move forward with the idea. If PVOD happens, the theater chain wants in on the action. 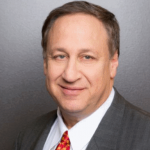 Twenty million guests flowing through our theatres in the United States each month, 15 million-plus sessions on our US website each month, 10 million households plus in our US AMC Stubs loyalty database. We think that AMC, therefore, can participate in a bigger slice of movie-related revenues in this country.”[i]

It makes a lot of sense for AMC to look to boost revenues from some new sources. It has been a terrible year for the industry. This summer has been the first time in a decade that revenues did not reach $4 billion. As well, ticket sales have been in a slow and steady decline for a decade. In 2007, the industry sold 1.4 tickets per person in the U.S. In 2016; it sold 1.32.

Hollywood is also putting pressure on the theaters. Disney announced it would take an unprecedented 65% to 70% of ticket revenue for the next installment of Star Wars, The Last Jedi. Normally, theaters send 55% to 60% of ticket sales to the movie producer.[ii]

The first new approach AMC will try is movie merchandise sales. Working with the studios, AMC will test selling merchandise in 35 theaters next year. If successful, Mr. Aron says the company will roll out the approach system-wide.

AMC also plans to enter the home entertainment business. Starting in 2018, it will add the capability to stream movies and participate in electronic and physical disc sales through its website. The company plans to partner with existing online movie stores for the functionality, though the store will be AMC branded.

Positioned to participate in PVOD

The ability to stream movies positions AMC well for the future. In a very carefully worded statement, Mr. Aron indicated AMC is ready to participate in the premium VOD (PVOD) distribution of movies to the home:

We’re not suggesting that premium video-on-demand will actually happen, but, if it does, having this capability already on our amctheatres.com site means that AMC will be perfectly situated to sell high-margin premium video content as a result of this initiative as well.”

Earlier this year, AMC CFO Craig Ramsey said of the PVOD discussion that:

After 14, 16 months of talking, I don’t see movement towards a solution.”

Though Mr. Aron appears to concede nothing in the fight against PVOD, his statement could finally represent a way forward. If theater owners can be the provider of early release movie content to the home, perhaps this will be enough to get them to agree to allow it to happen.

Theater owners and Hollywood producers need to do something to halt the decline in their business. Consumers have begun to substitute SVOD bingeing sessions for movie watching in their entertainment time budgets. Moreover, Netflix continues its assault on the traditional movie business. Next year it is upping product from 50 to 80 movies, all of which will be released directly to the streaming service for immediate consumption in the home.

Allowing AMC and other theater owners to deliver early release window movies direct to the home could be the best way to protect the industry’s long-term future.

AMC indicated it would be ready to participate in PVOD movie distribution if the industry decides to move ahead.

The idea of theater owners handling PVOD distribution could be the breakthrough that the industry needs to proceed.

The industry needs to do something to halt the assault on the business from SVOD services like Netflix.