The battle between Amazon and Roku in the connected TV market is heating up. At CES, the two companies traded claims about smart TV users and partners. They announced very different soundbar strategies. Moreover, Amazon went one better than Roku by extending Fire TV into the car. 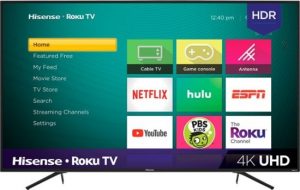 Roku has enjoyed great success with its Roku powered TV program. In the first quarter of 2019, nScreenMedia estimates a third of smart TVs sold in the U.S. were Roku powered. Smart TVs have helped push the number of active users claimed by the company to more than 32 million.

Amazon says it now has 40 million global active users. Most of these people are using a Fire TV stick or streaming box, though Amazon hopes smart TVs will become a much more significant part of its business. 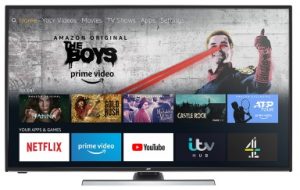 The company launched a range of Fire TV Edition televisions with Best Buy over a year ago. It says it is expanding the approach internationally to the United Kingdom, Germany, Austria, Ireland, and India. It claims over 50 smart TVs and soundbars have launched since September 2019 from OEMs like Grundig, JVC, Onida, and Anker and retailers, including Best Buy and Dixons, with MediaMarketSaturn coming this year. By the end of 2020, Amazon hopes to have 150 Fire TV Edition devices and to have expanded reach further into Italy, Spain, and Mexico.

Soundbars the next front in the battle

Both Amazon and Roku had announcements around soundbar support at CES 2020, though each company’s approach is quite different.

Amazon partnered with Anker late last year to release its first Fire TV Edition soundbar, called the Nebular. The device comes with Fire TV built-in, allowing a customer to add the Fire TV experience to any television. At CES, the company announced the immediate availability of two more soundbars from TCL taking the same approach. In the U.S., Amazon launched the TCL Alto 8+ Soundbar–Fire TV Edition and in the UK, customers can buy the TCL TS8011 Soundbar–Fire TV Edition.

Rather than putting the Roku interface in the soundbar, the company is working with manufacturers to help them make their soundbars work seamlessly with Roku-powered televisions. Owners can plug the soundbar into the TV and control its functionality directly from the Roku interface using a Roku remote or remote app. Devices that integrate with Roku TVs in this way can display a Roku TV Ready badge.

The company says it already has two partners under the program, and they will sound familiar. TCL North America and Sound United, parent company to Denon, Polk Audio, Marantz, Definitive Technology, and Classé, say they will have products sporting the Roku TV Ready badge out this year. At IFA in 2019, TCL was showing the Alto 9+ that includes Roku Ready support. As well, existing soundbar customers of TCL and Sound United may receive the enhanced functionality free as a software upgrade.

Amazon going where Roku has not

There is one area Amazon is taking Fire TV that Roku has not broached: the automobile. At CES, Amazon announced Fire TV Edition for Auto. It is working with BMW and Fiat-Chrysler Automotive to put Fire TV functionality into cars. The idea is to allow passengers to be able to easily tap into the Fire TV video ecosystem -including streaming apps and recordings made via Fire TV Recast- while on the move. Users will be able to watch downloaded content offline or stream via their smartphones or the cars built-in communication technology. The solution also brings Alexa and touch screen functionality to make it as accessible as possible.

Neither Amazon nor the carmakers said when consumers would be able to buy a Fire TV Edition compatible car. Suffice to say that we must wait until at least the 2021 model year to see the fruits of the Fire TV Edition for Auto program in a production vehicle.

Amazon and Roku are locked in an intense battle for connected TV control across streaming media players and smart TVs.

The battle between them is heating up with each adding new smart TV OEMs.

Both companies are also working with soundbar makers, though in very different ways.

Amazon is also trying to extend Fire TV into cars.