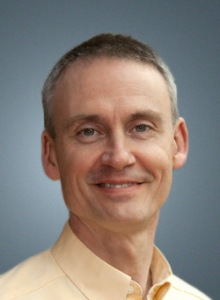 Mr. Dixon created nScreenMedia in 2013 as a resource to the Digital Media Industry as it transitions to the new infrastructure for multi-screen delivery. The site provides daily opinions and analysis of the issues that are shaping the business of media. In addition, white papers and reports are available for free covering topics such as cord-cutting, millennials and media and subscription VOD services.

Before forming nScreenMedia, Mr. Dixon was an analyst with The Diffusion Group for seven years. He authored many reports on subjects in the new media domain including “No Console Required: The Changing Face of TV Gaming” and “Smart TVs 2012-2017: Connections, Use and Portal Revenue”.

Mr. Dixon also provides consulting services as part of nScreenMedia. In this practice he leverages his experience building and managing all aspects of a technical business. His areas of focus include business alignment (strategy, organization and process), business development, market strategy, company evangelism and contract negotiation. He has extensive experience in the rich media, communications, networking and network management industries where he has a proven record of developing and delivering top quality products and services on time to meet market needs. He has successfully built strong customer focused organizations, guided companies in major product introductions and established successful third party relationships to align with business goals for both large (Microsoft, Oracle) and small companies.

In his role as chief analyst for nScreenMedia, he has assisted many companies. His client portfolio includes Liberty Global, Brightcove, Verizon Digital Media Services, German cable giant KDG, BlackArrow, Net2TV, and many others.

Before his positions at nScreenMedia and TDG, Mr. Dixon was Vice President of Applications and Content at Liberate Technologies. He was responsible for building end-to-end applications and services for the satellite and digital cable television markets and has worked with industry titans such as Comcast, AT&T, Cox Cable, Rogers Cable and NTL/Telewest. He had overall responsibility for the Liberate PopTV Program, the world’s leading partner program for interactive TV, which included such household names as Discovery Channel, Showtime, ESPN, BBC and Channel 4. He was also responsible for BiTV, a broadcast interactive television service, on the AT&T HITS network.

At Oracle Corporation, Mr. Dixon was the Head of the Interactive Television Division where he drove the development of Oracle’s market-leading Video Server Platform (OVS). OVS has been the foundation of the most successful interactive television deployments in the world. Mr. Dixon aggressively pursued the Telco and cable markets scoring major account wins at customers such as Canal+, Time-Warner and Telia working closely with hardware partners such as SGI, nCUBE and Compaq.

Prior to Oracle, Mr. Dixon was Director of Engineering at Interlink Computer Sciences where he successfully spearheaded the entry of the company into the TCP/IP Network Management market. Mr. Dixon managed a variety of software engineering projects at Novell including Lanalyzer for Windows, LAN Workplace and ManageWise NetWare Server Manager.

Mr. Dixon’s development experience includes firmware for real-time communications, application development for the networking industry and control systems for the Power Industry. He has written code for every release of MS Windows from 1.0 through Windows 95 and NT. He has extensive computer communications, networking, network management and digital video experience.