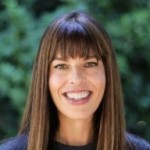 At Digital Entertainment World in Los Angeles, Margaret Czeisler, Chief Strategy Office for Wildness at AwesomenessTV, provided more data on how fast generation Z is moving away from television. Ms. Czeisler says that 50% of gen-Z kids have never had cable, have cut the cord, or intend to cut the cord. She went on to say the 70% preferred to stream video over watching cable or commercial supported television, and that 90% watch YouTube videos.

What’s even more shocking is that the television set commands little respect from gen-Z either. When ask if they could keep just one of their devices none of them opted to keep the TV. 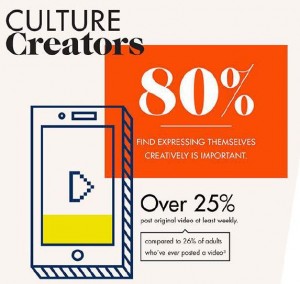 One defining difference between gen-Z and other generations is that many define themselves as content creators, not just as consumers.  80% say that expressing themselves creatively is important to them, and many share the fruits of their creative efforts with others. 25% said they post original videos at least once week, while just 26% of adults say they have ever posted a video. Their creativity is not restricted to video. 20% post their original essays and poems, and 65% enjoy creating and sharing content while on social media.

Ms. Czeisler also pointed out that gen-Z kids have a different relationship with social media. Many post on SnapChat every day, but only use Facebook once a week. This, she says, is because their parents are all on Facebook, making it an “old” media. The under 20s also enjoy connecting with their favorite online stars through social media.

Generation-Z children also dislike direct advertising, according to Ms. Czeisler. That does not mean brands cannot reach them however. 78% find branded or sponsored media appealing, and two thirds prefer to watch a branded YouTube videos over YouTube ads. Nearly a third go as far as following their favorite brands on social media and viewing the ensuing posts.

As traditional television companies struggle to understand how to capture the interest of millennials, they will have to work even harder to reach generation Z.

The media habits of the under 20 year olds, so called generation-Z, differ sharply from any generation before them.

They have little interest in traditional television, advertising supported content, and even the television set.