Sure, video downloading is great to have when you’re commuting or traveling further afield. However, a stay-at-home population is showing that downloading is used far more often than that. Here are four facts we think we know about download behavior that turns out to be wrong.

Penthera is a download technology provider supplying solutions to streaming service companies such as CBS All Access, Fox, and HBO Europe. I talked with Daniel Taitz, President, and COO of the company. He shared anonymized consumer data gathered in March and April while most of the U.S. population was in lockdown. The data reveals that much of what we believe drives download activity turns out to be a myth.

Penthera says that 80% of downloaded videos are played on a device that is currently online. In other words, the user could have streamed the content but instead chose to watch the downloaded version. Mr. Taitz says the advantage of reliable playback from a download is resonating with consumers: 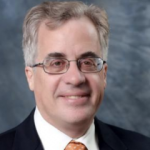 “People want a flawless experience. We were taught by the cable industry that we are entitled to get a continuous picture with no interruptions. Consumers have figured out, even though it has not been marketed this way, that it is a good idea to download stuff, Then you have it and can play it.”

There could be other reasons. For example, most service provider apps have a separate area for downloaded items. A consumer accustomed to watching downloaded content might find going to the download area is the fastest way to get to the content they want to watch.

Myth #2: Downloads are used mostly for TV shows and movies

With the closure of gyms and other workout facilities in many neighborhoods, there has been an explosion in the use of online workout videos. For example, FitnessBlender, a YouTube fitness channel with six million subscribers, saw new sign-ups double in the first five days after the declaration of the coronavirus as a pandemic.

Penthera’s fitness customers saw the number of downloading devices increase by 50% in March. Moreover, Mr. Taitz said the activity increased even more when lockdown orders came into effect in many places:

Why such a significant increase in downloading activity in fitness? The reason could be due to Mr. Taitz’s previous comment about flawless delivery. Nothing ruins a good workout burn more than when your training video stalls due to buffering!

Penthera compared the number of video downloads in March 2019 with March 2020. It saw a 378% increase in download activity (the data exclude new service provider customers.) To be sure, some of the increase was due to the normal growth in the number of subscribers. However, even if subscribers doubled over the period, the overall rise still suggests a considerable growth in download activity.

Penthera data supports the finding that smartphones were used more in March, even though most people stayed home more. The company registered a 277% increase in the number of mobile devices that downloaded content versus March 2019.

If you want to understand more about the features and functionality that make for an excellent download facility you get the free white paper TV in You Pocket: Mobile VIdeo Download Report Q4 2019.

Most people believe that video downloads are an excellent solution to guarantee video availability when traveling in a discontinuously connected world.

As well, downloading is used frequently in the home and for content other than premium TV and movies. 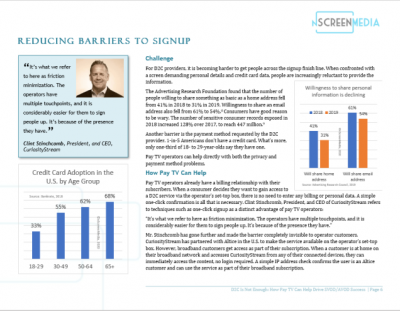