The technology of online video is still advancing. Two innovations, one by Verizon and another by IBM, are improving viewer engagement and the quality of experience.

A QUIC boost to streaming quality

Verizon Digital Media Services (VDMS) recently announced that it had deployed Quick UDP Internet Connections (QUIC) across its content delivery. This enhancement to the Internet transport of data, originally developed by Google, has proven benefits in web page load speed. You are already enjoying the benefits of the new protocol if you use a Chrome or Opera browser. However, it also helps video streaming too.

QUIC shrinks the bandwidth a little that is required to stream video. While this might not sound very important, it can have big benefits for quality. One of the biggest problems faced by streaming services is rebuffering.[1] Typical rebuffer rates in the U.S. are 1% for premium video. Streamers impacted by a buffering ratio of 1% to 2% watch 15 minutes less than those experiencing a 0.2 to 0.4% rate. VDMS reports that early testing of QUIC shows a 25% reduction in rebuffering ratio. 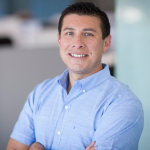 However, there’s another big advantage to using QUIC. According to Frank Orozco, chief technology officer at VDMS, mobile video streamers will see fewer disruptions while on the move. Normally, a smartphone streaming video needs to reestablish the connection to the streaming server when it moves to a new cell tower. The reconnections process can lead to disruption of the video experience. With QUIC, there is no need to reestablish the connection and no additional disruption.

Existing VDMS customers can start using QUIC immediately, and there is no extra charge for the feature.

AI drives Fox’ The Highlight Machine for the World Cup

Want to watch Pele run rings around the defense to score goal after goal, or see Zinedine Zidane head-butt another player and get sent off in the 2006 final? Thanks to a collaboration between Fox Sports and IBM Watson Media you can do that, and much more.

The Highlight Machine will allow World Cup fans to create their highlight reels from past and current games. Fans can customize highlights based on a favorite team, player, match, play type, and timeframe. They can share the highlight reels they create on social media, and there is no need to be a pay TV subscriber to watch them.

To support this experience, IBM Watson Media processed many of the premier games from the tournaments all the way back to 1954. As well, highlights from each of the 2018 tournament games will be available soon after the final whistle blows. Fans can also watch automatically generated highlights of the games to catch up on action they may have missed. IBM iX, a global digital agency, and design partner helped Fox deliver The Highlight Machine experience.

IBM Watson Media has been used to generate highlights automatically for other sports tournaments. In 2017, visitors to the 2017 US Open tennis tournament saw highlights in near-real-time on monitors in the stadium.

According to David Mowrey, Head of Product for IBM Watson Media, the AI technology is ideally placed to help live event producers in three ways:

Using AI in this way allows production crews to create new experiences to engage viewers in ways that were previously cost and time prohibitive.

The technology of online video is still advancing.

VIdeo providers are applying AI to liberate data about the video that would otherwise be too expensive to create.

The enriched data is ideal for powering new innovative experiences.

Companies are still enhancing the basic protocols that power the internet.

These improvements are boosting the quality and experience of streaming video.

[1] When a viewer is streaming video and the video stalls (the “spinning pinwheel”) the device’s video buffer has been exhausted. The video freezes until there is video available in buffer again.